Board Game Review: The Island of Doctor Lucky

One evening a few months ago, we pulled out The Island of Doctor Lucky  from Cheapass Games to play with our friends as a warm up to a heavier Euro game. We set the main board up, gave each player their own character, passed out starting hands of cards to all players, and got things moving. In The Island of Doctor Lucky, players spend their time chasing Doctor Lucky around the board, trying to corner him alone to kill him. At the same time, they're also trying to thwart other players' attempts to off the doctor. 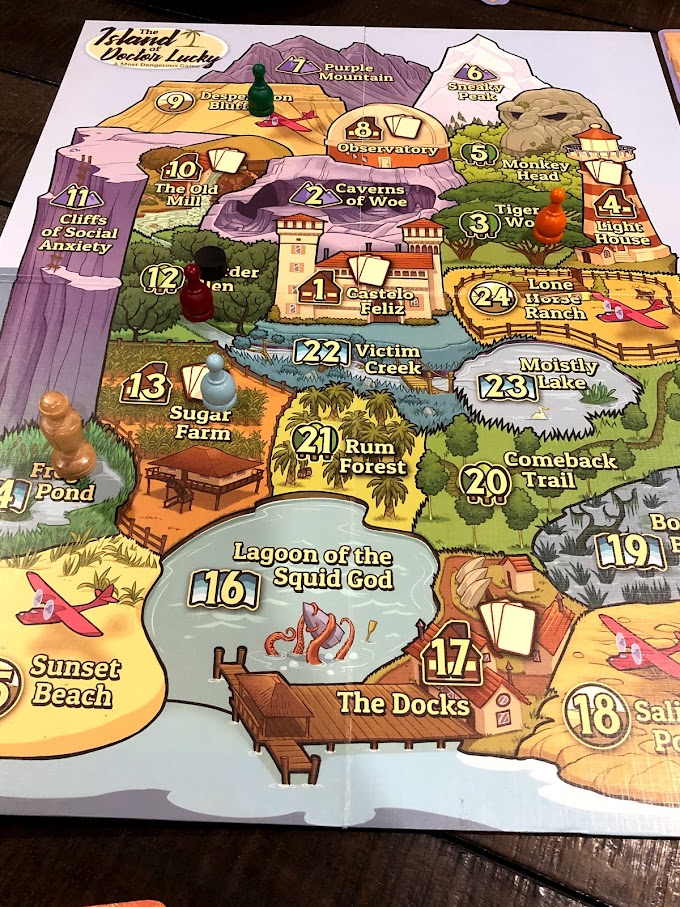 Each player’s turn begins with a move of their pawn, or a move of the cat (Doctor Lucky’s panther Ragu; she prevents player pawns from seeing into neighboring spaces), or by playing a hazard (on the doctor or another player). Then the turn is finished with a draw from the deck or an attempt to kill the doctor (the player’s pawn must be alone in the space with the doctor’s to have a chance of success). If  a player decides to attempt murder, their opponents can play luck cards to try to block the attempt. That’s all there is to the game. And it was fun … for the first 20 minutes. After that, it just became tedious and repetitive. Not a lot of depth, and no complex strategy in this one.

I suspect this game was just not designed for my demographic (more for the Secret Hitler crowd I’m thinking) and perhaps others will find it a good fit. I am also 100% certain this is one of those games for which the enjoyment factor is positively correlated with the amount of alcohol consumed. And yes, I’m very aware that I sound like a grandma grumbling at the kids to get off my lawn.

Rounding out the usual evaluations – the components are at the level you’d expect from a publisher named Cheapass Games, the artwork is actually a bit above that level, and the rulebook is surprisingly well written. 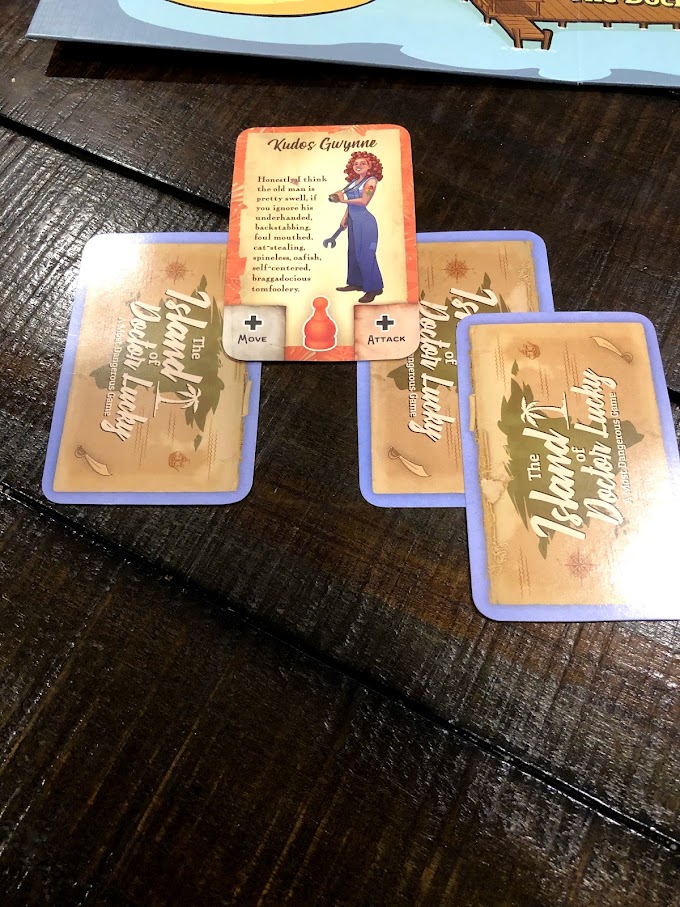 I’m going to slot this in the category of games I’ll play with others to be polite if they ask (the same way you eat what’s put in front of you when you’re a guest at dinner) but won’t play otherwise.