Before the pandemic trapped us all in our homes, I spent many an hour at our local United Action for Youth center in Iowa City volunteering as a board game coordinator. Every month, I’d bring a few games with me and introduce them to the teens who hung out at the center after school. One of the games that got rave reviews from the group is Artsee. 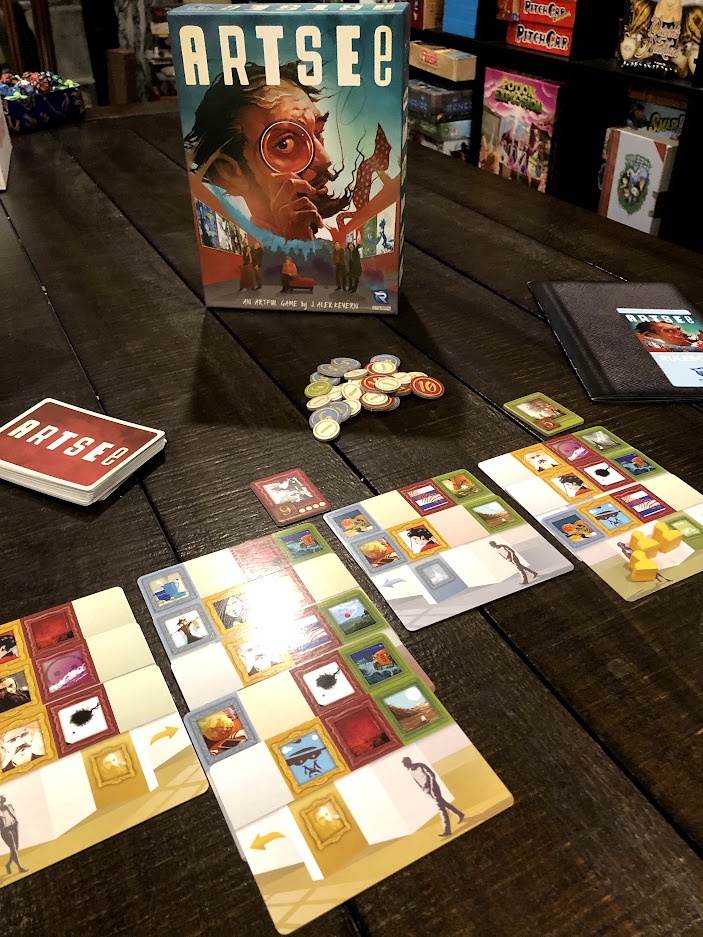 Designed by J. Alex Kevern, and published by Renegade Game Studios, it’s an easy to learn, quick playing card game with a small table footprint for up to five players. Each player takes on the role of an art gallery curator, attempting to build the most prestigious gallery in order to win the game. Galleries are built from individual exhibits (cards) that depict two or three paintings from different categories (abstract, landscape, portrait, or still life). In addition to the paintings, each exhibit also indicates a featured category. Each time an exhibit is played to one of the four columns in a gallerist’s tableau, all opponents of the active player may deposit a meeple, representing a gallery visitor, on each exhibit in their gallery that has the same featured category as the exhibit the active player just laid down. 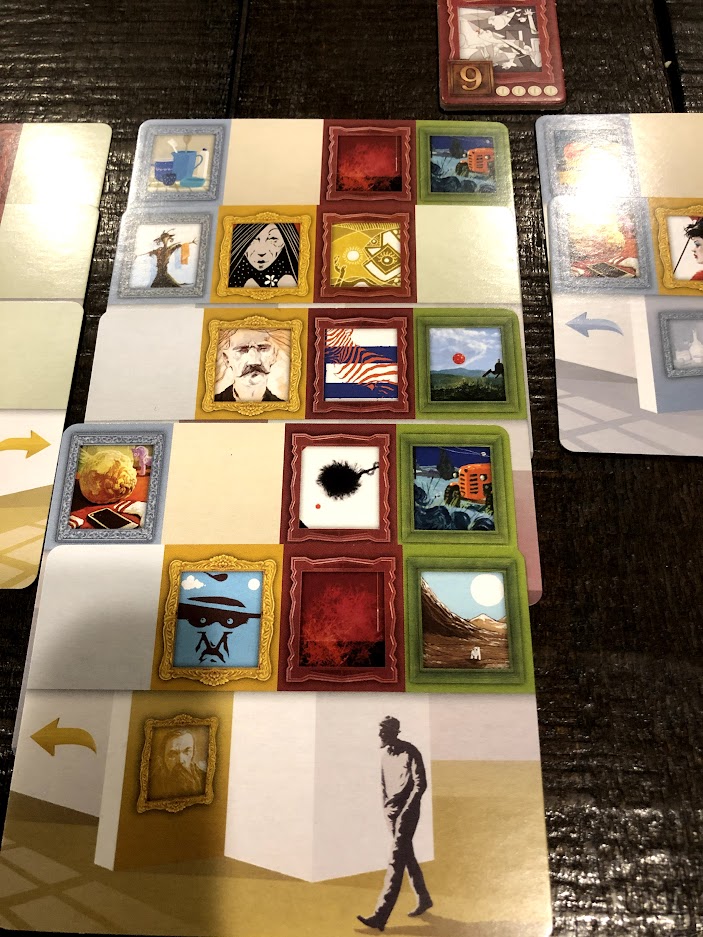 Next, the active player scores points (prestige) for any visitor meeples that were previously located on the top most exhibit of the column they just added their exhibit to. The meeples are removed and returned to the active player’s general supply when this occurs. The active player also scores prestige for the number of  paintings in the column to the left or right (as indicated by the direction of the arrow on their exhibit card) of their just-placed exhibit that match the featured category of the exhibit card. If the player earns enough prestige during their turn (5-9), they may also claim a masterpiece painting token. 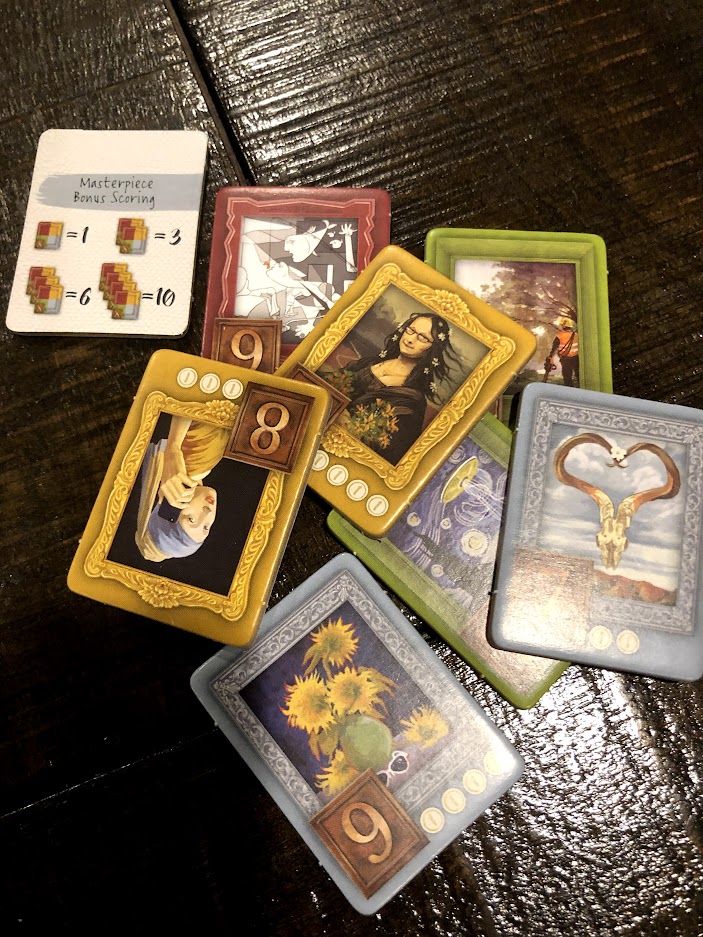 These tokens are worth prestige at the end of the game during final scoring and also count as another painting of the chosen category when added to a column in the  gallerist’s tableau. Once a player has played an exhibit, earned prestige, and claimed a masterpiece token (if eligible), they draw a card and play passes to their left.

The gameplay continues until there are no more cards left to draw and all player hands are empty.  We found that turns progressed pretty quickly, with little to no analysis paralysis. Prestige bonuses are calculated at game end based on the number of masterpiece tokens accumulated. Each player adds their bonus to the prestige tokens they earned during the game. Don’t forget to also count the prestige on each masterpiece token. The player with the most prestige is the winner. 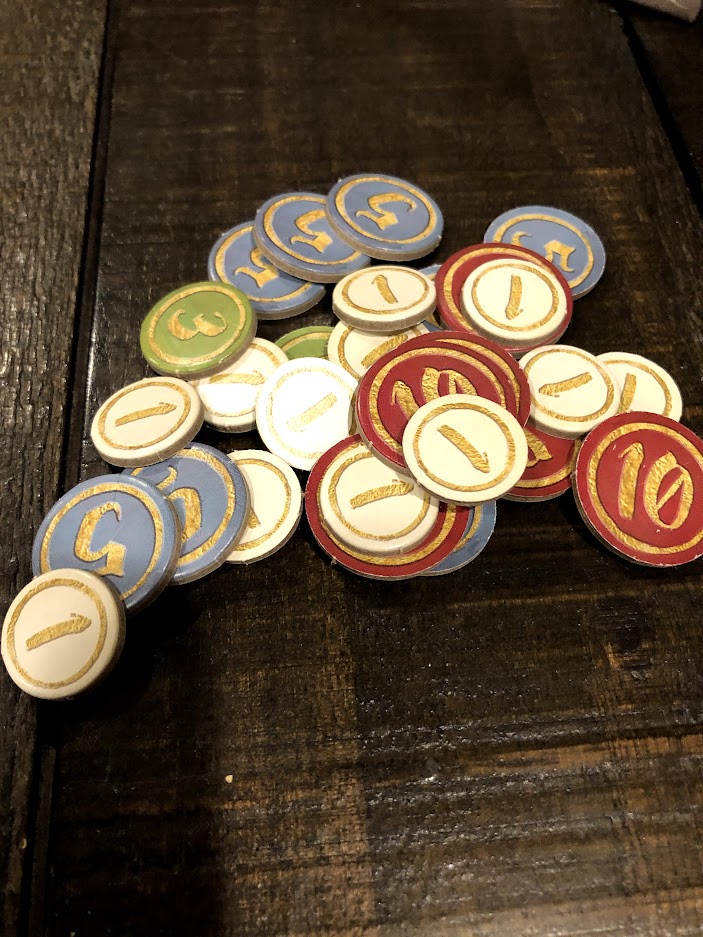 While the components for Artsee  are nothing special, the artwork is well done (it’s comprised of reproductions of famous artwork with humorous twists). And it’s true that the art gallery theme seems to be just pasted on.  But at core,  Artsee  is a relaxing and fun little logic puzzle that doesn’t get boring, even after repeated plays. It’s especially fun to play with tween and teens and at under $25, makes an affordable holiday gift.