When Wingspan was released in 2019, it caused quite a stir. It's a compelling board game that detours far far away from the usual themes of conquest or agriculture. The game romanced me with its beauty, mechanics, and unique subject matter (see my review here). Later that same year, the first expansion (Wingspan: European Expansion ; review here) was released. It proved to be more of a subtle change to the footprint of the game versus a turn-everything-upside-down-and-wow-you kind of addition. It took me awhile to warm up to it, and I wasn’t sold on it as a must-have item. More recently, Wingspan: Oceania Expansion, was released in 2020. 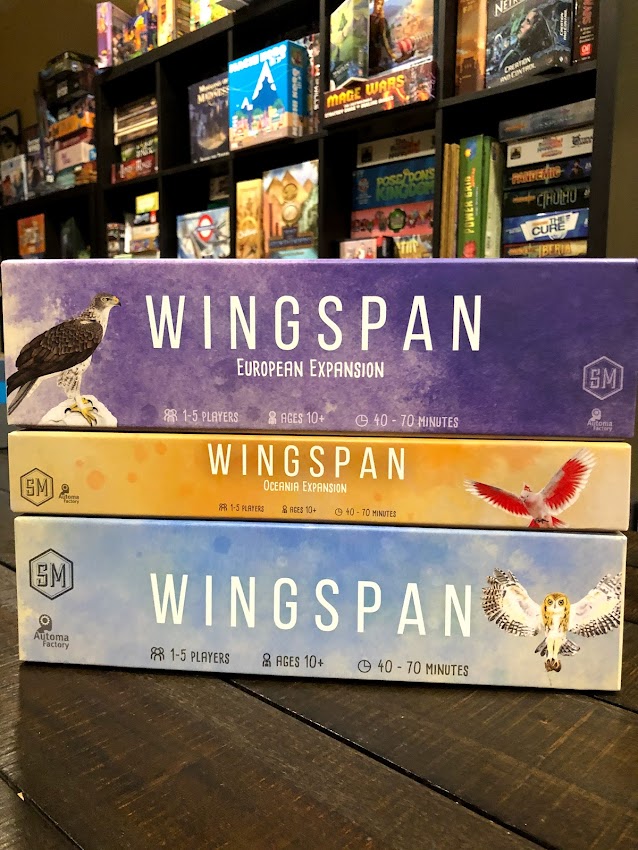 After several games, I’ve taken to this expansion much more than the previous one. That might be, at least in part, because my expectations have evolved for the series. Taking a lesson from my experience with the previous expansion, I assumed when opening the box that the designer (Elizabeth Hargrave), wasn’t likely to include any major disruptions in the mechanics that would upend the game as we know it. Instead, I expected another subtle shift in the mechanics and a widening of the bird inventory, both of which we did get.

As in the base game and previous expansion, the artwork is stunning. Here are some of my favorite new birds, based solely on appearance:

The cute and cuddly Little Penguin 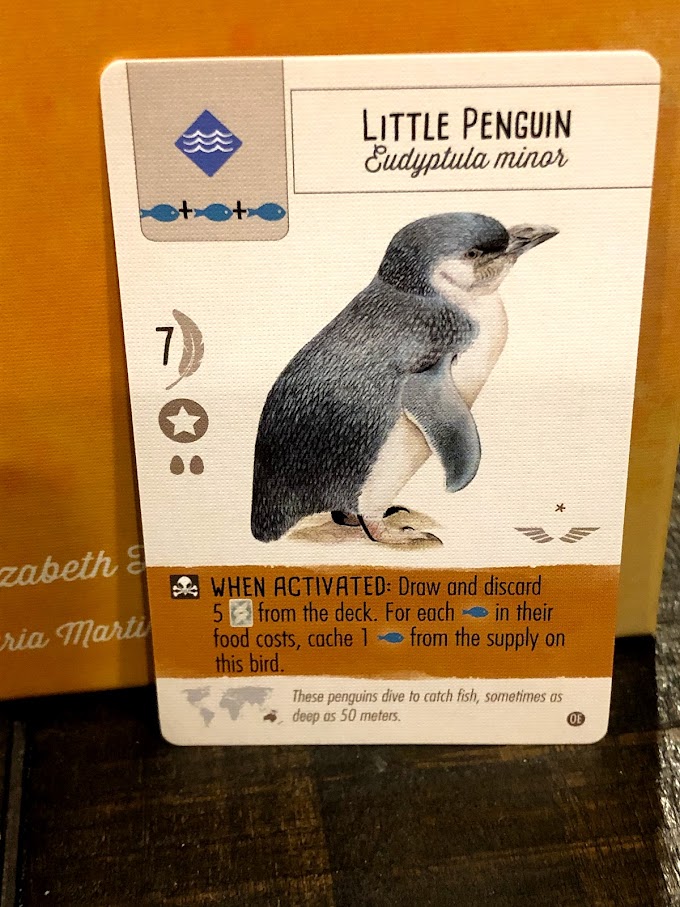 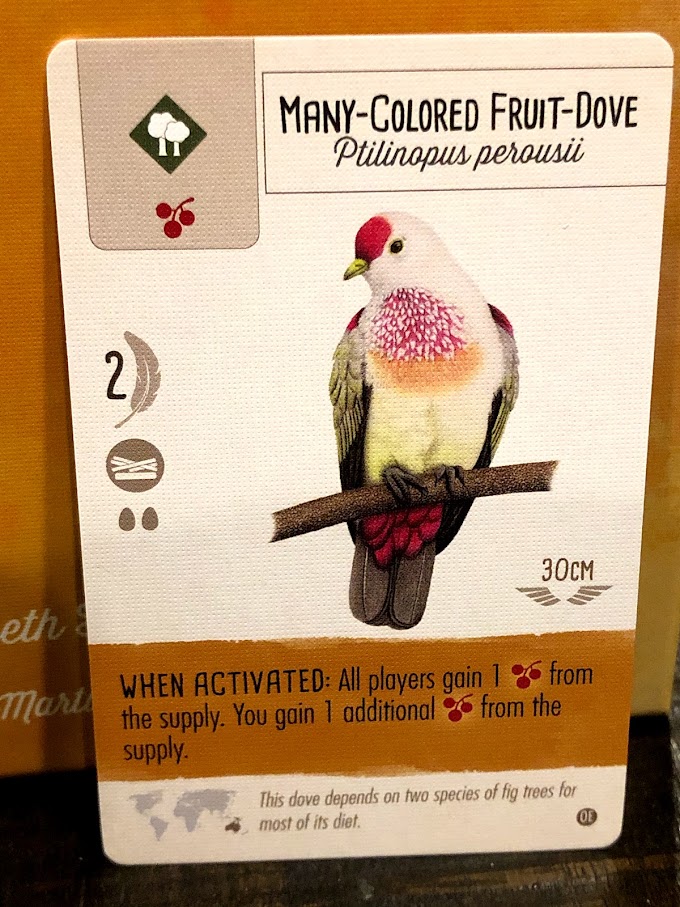 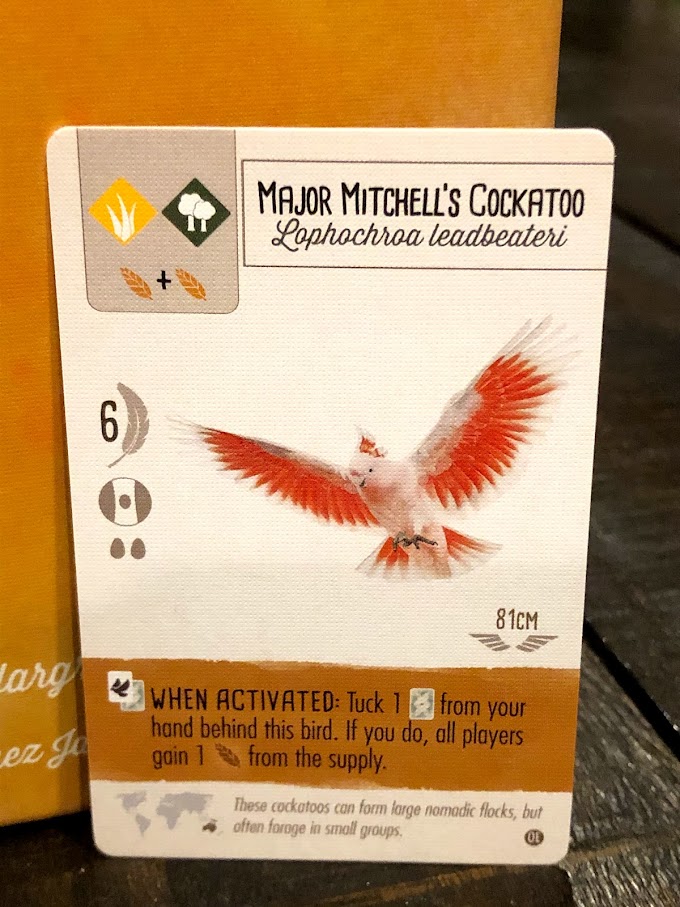 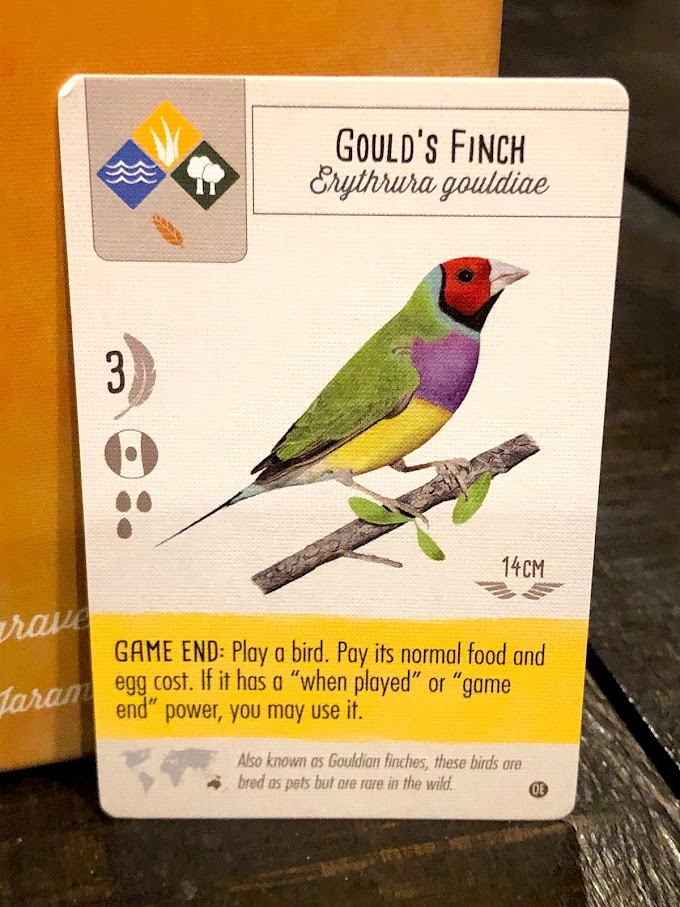 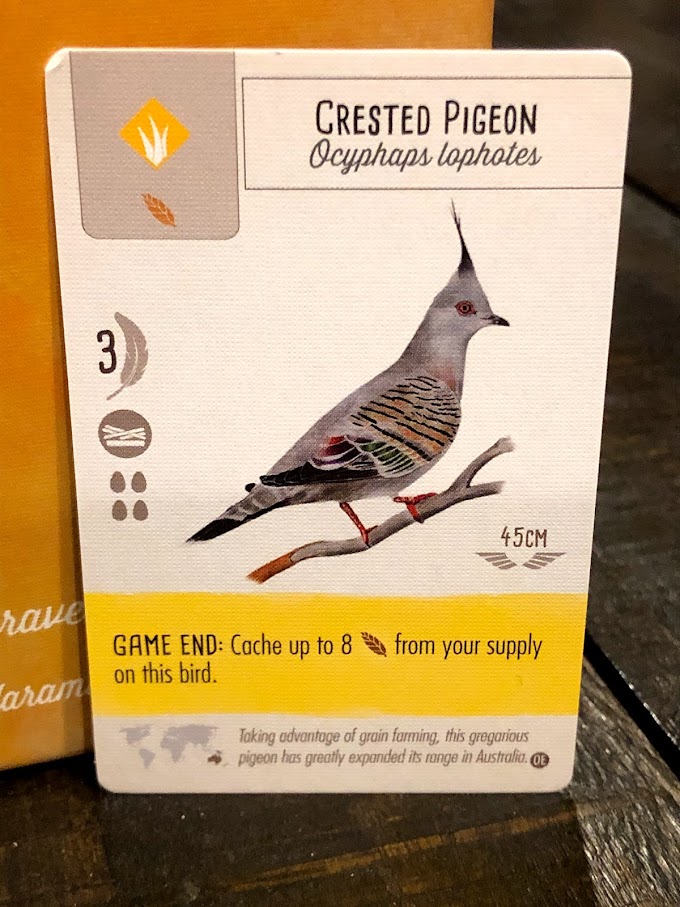 Beyond my expectations, this expansion also introduced a new type of food - nectar. Nectar is both more useful than then other types of food (it can be spent as a wild food, substituting for other foods in most cases, and putting spenders in line for end game “biggest spender” point awards in the process) and more restrictive (any nectar left in your supply at the end of a round must be discarded). Along with the nectar comes new dice with nectar depicted and new player boards with spaces to hold spent nectar.  Elizabeth also provided a detailed explanation for the reasoning behind including nectar in the expansion rulebook and I thought that was a nice touch. I found that playing with nectar changed the emphasis of my actions to acquiring and spending nectar as much as possible in order to get the bonus points at end game for most nectar spent per action row.

The new player boards provided with Oceania also make it possible to refresh the dice in the feeder, refresh the cards in the face up draw pile, and have changed the resource quantities harvested when completing actions. 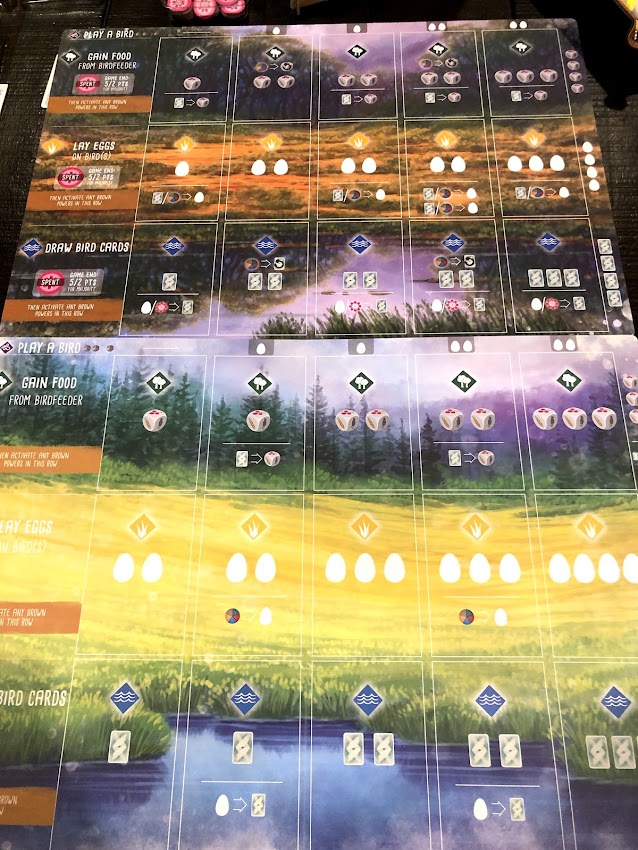 There’s been an overall shift to more food and more cards while scaling back egg production. This may have been done to address concerns with egg spamming in the base game– a powerful, late game strategy in which players spend their last few turns laying eggs in order to capitalize on the point value of the eggs and the bonus cards that focus on egg production. We didn’t feel any pain in the reorientation away from egg laying because we played our games with only the new round goals and the new bonus cards (none of which focused on egg laying) to get a good feel for the expansion. But I’m not convinced that weakening the egg laying action row was really a good idea. On the surface, it seems to heavily discourage egg laying at all except as minimally needed for playing more birds. And it feels like a heavy disadvantage if you’re saddled with a bonus card oriented toward egg laying and your opponents aren’t. Oceania  also introduces some birds with egg laying powers, so that might balance out the action row weakening somewhat, but it would probably take hundreds of games across varying player counts to properly evaluate the net effect of these changes.

Despite my reservations about how the egg laying engine seems to have been crippled in this expansion, I still highly recommend it based on the twist in play the nectar brings and the replayability gains from the new card and goal inventory (especially for players who’ve played through the base game a ton and are getting a bit bored with the goals). I understand that the automa mode has also been updated quite a bit with this expansion, although I haven’t played that yet and am not covering the solo mode in this review.

I’m three games into the Wingspan franchise and as a completist, I'm firmly committed to maintaining a complete collection; it’s certain I’ll be picking up the next expansion when it’s released. 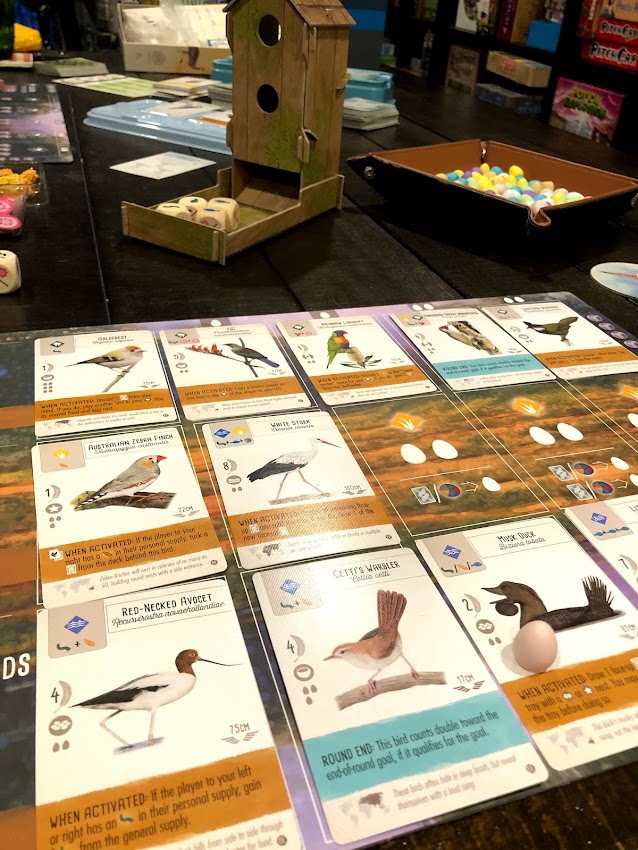