June 14, 2015
So, it's been quite awhile since I've written a trip report. Not to worry, I've got my pics and itinerary notes for all the trips I've taken since the 2012 Guyana trip (that was the subject of my last travel entry). I just haven't been very disciplined about getting the reports on the web for everyone (I'm looking at you Suzanne!) to read until now.

A few months after the Guyana trip, I gathered up a group of friends and headed for Singapore for the weekend on a sale fare Delta Airlines was offering. We were to meet up in Singapore to check into our hotel and then we'd spend the rest of our weekend together, following the itinerary I'd written (I love to play tour guide!). Only problem was that I got confused while making the hotel reservations and noting that we arrived on Oct 27th, I made the hotel reservation beginning on the 27th. But...we arrived just after midnight on the 27th, which meant I should have made the reservation for the 26th. Oops! To make matters worse, once the mistake was caught, it was too late, our hotel was sold out for the evening and half of our little group had scramble to find a substitute hotel for the evening. I say half of our group, because the other half was still unexpectedly still en route to Singapore, our plane having left JFK late, which caused us to miss our Tokyo to Singapore flight. When the late coming half of the group (of which I was a member) arrived in Singapore just after 3am, we had already been made aware of the hotel snafu, so we just camped out at the overpriced airport hotel on spare points I had available.

After getting the bare minimum of sleep we needed to function, our half of the group (myself, Rob, and Jon) met up with the other half of the group (Aaron and Bob) and we started our whirlwind tour of the city. Our first stop was Little India where I was fortunate enough to try the best curry puff I've ever tasted in the Indian food market. 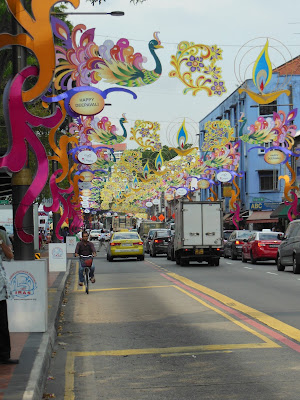 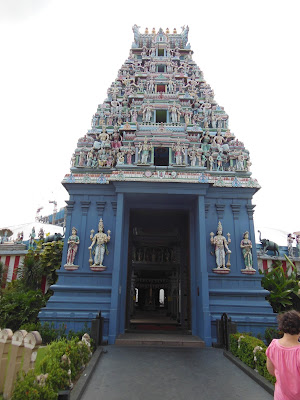 We walked the temple lined streets and then rounded out our afternoon with visits to Kampong Glam (the neighborhood once designated for the Sultan and then later where the British funneled all the Muslim immigrants regardless of nationality), Joo Chiat, and Katong (two additional significant neighborhoods within the city that offer up unique cuisine and multi-cultural flavor). Mostly what I remember about our first day, beyond the curry puffs, is the incredibly oppressive heat that lays on the city like a heavy blanket. Singapore rivals Guyana for heat and humidity. Just absolutely suffocating. Still, we pressed on with a full day of sightseeing, capping off our evening with a fantastic and creative light show over the water in which two animated cranes danced with one another and fell in love. Sounds a bit odd, doesn't it? While I've included a still photo, if you want to get a complete understanding of the quirky yet adorable show, take a look at this video another visitor uploaded: Singapore Crane Dance @ Santosa Resort. 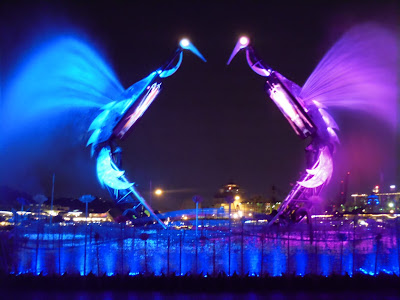 Our second day in the city, we meandered through Chinatown in the morning, taking in the food and the tenement house museum. It was eye opening to see just how many people used to be crowded into a single row house in Chinatown at the peak of Chinese immigration. We spent the early afternoon touring the European influenced neighborhoods (this was where the British lived and worked as evidenced by the many western churches and buildings left behind post independence). Today, these areas have a look and feel of London, but with Asians swapped in for the Brits. And of course, since we were in the neighborhood, we *had* to stop off at the famous Raffles hotel for their signature cocktail - the Singapore Sling. Never have I been to a place that offered up such a contradiction between its pricing ($27 for one cocktail) and its ambiance (peanuts strewn about the floor; birds of all sizes and states of cleanliness swarming the floors and tables). The cocktail was pretty good though (but not $27 good).

Some buildings were very inviting... 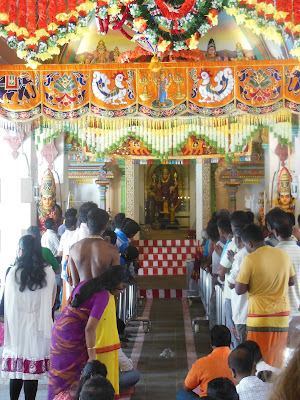 Other buildings welcomed visitors, but stipulated a few (interesting) guidelines... 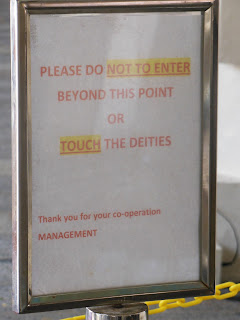 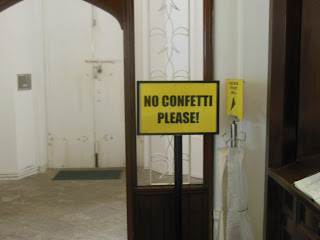 And this building made it clear we better stay far, far away.... 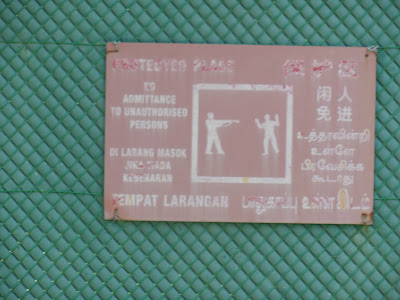 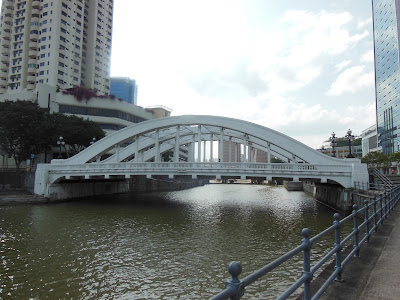 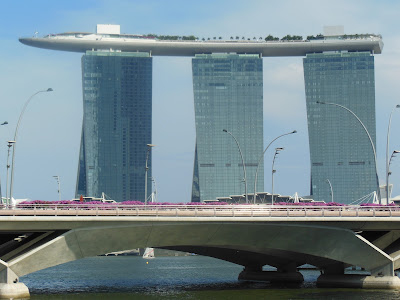 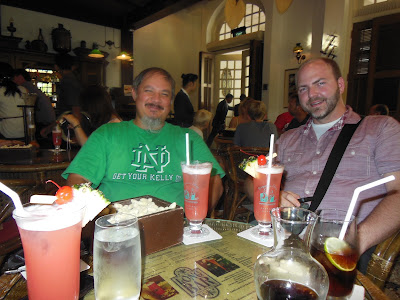 The late afternoon was a somber affair, as we toured the Changi Museum. It's on the site of the former WWII POW camp that was run by the Japanese and documents the treatment of the prisoners held there. I arrived very ignorant, completely unaware of the levels of brutality the prisoners were exposed to in the prison. I haven't heard of violence so severe against prisoners outside of the Nazi concentration camps I previously toured in Poland. And while all prisoners were treated with grave negligence and malice, the worst of the worst treatment was reserved for the Chinese POWs. It was heartbreaking to learn about as we walked through the exhibits. Should you head to Singapore, take the time to visit Changi and have a look with your own eyes at what was done there. It so horrific it's almost unbelievable.

While we ran short of time and had to cut a few items out of our itinerary (the orchid gardens and the Marina Bay Sands resort), I have made my peace with what I missed and don't feel I ever need to return to Singapore. I just can't take the heat. Rob on the other hand, fell in love with the city that first trip, and has been back for many weekend visits since. So, your mileage may vary, and I recommend that perhaps you give it at least one weekend to get a feel for the place.

Suzanne said…
Not sure how I missed this before.... Wondering if you would head to Singapore again if it was during a different time of year when it wasn't so hot? This is very good to know as I am not a fan of overwhelming hot and humid weather. I have heard from others its not a "return to" for them but mostly because of the cost and distance. I hope to get there someday to check it out!
January 24, 2016 at 4:07 PM

Jenni Stephens said…
I'm not sure I ever need to go to Singapore again. Maaaaaaybe one more time so I can swim in the infinity pool atop the Marina Sands skyscraper. But it's just.so.hot. And there is no special time of the year where it is cooler than when we went. Rob likes to go about 4 times a year though - he fell in love with the island on our visit and can't seem to get enough.
January 24, 2016 at 5:00 PM