I had the opportunity to play a preview edition of Quests & Cannons: The Risen Islands  from Short Hop Games in advance of the game’s upcoming Kickstarter campaign. Designed by Eric and Shannon Geller, the preview edition arrived in a bright and colorful cover box that hinted at the beautiful artwork within.

We got it on the table for a family game straightaway. As we unpacked the contents of the box, I was impressed with the quality of the wooden components. Especially for a preview copy, everything was incredibly well made and sturdy, which speaks to the care and enthusiasm Eric and Shannon have put into the game. 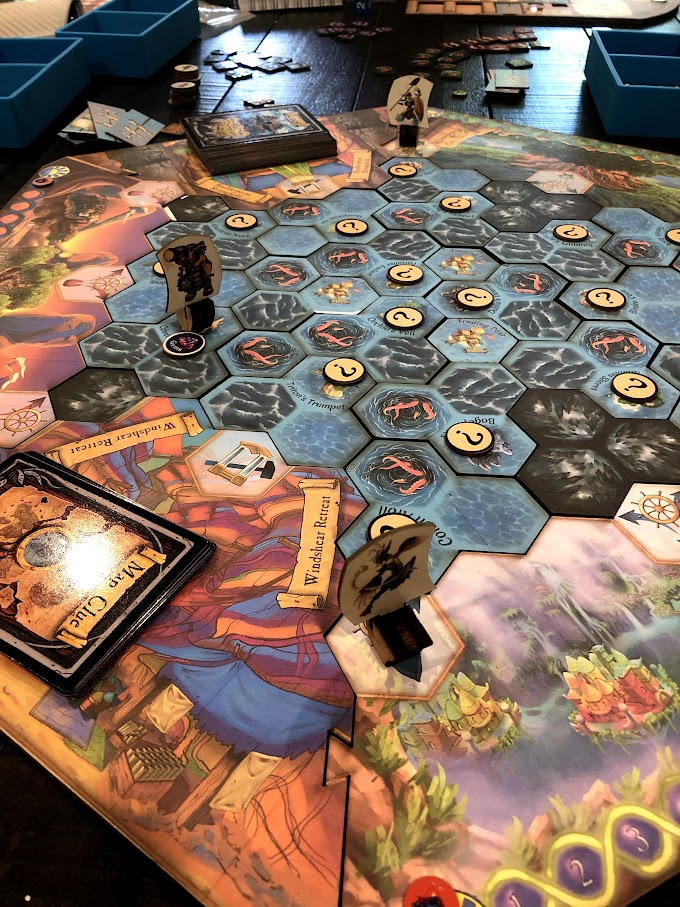 The illustrations on the components are just lovely! The artists (Lily Yao Lu, Tony Carter, Regis Torres, Sita Duncan, and Lilia Sitailo) did a really great job integrating the theme into the materials.

Quests & Cannons  is very easy to setup and the rules are straightforward,  so you can get started playing pretty quickly; no one is going to be stuck spending an hour reviewing the rules upfront. The only thing you really need to work out is whether you want to play the game solo, cooperatively, free for all, or in teams.  Regardless of the mode you choose, you’ll sit down as a leader of a kingdom, tasked with bringing prosperity (i.e. victory points) to your people as you explore new islands that have suddenly cropped up in the sea. The revelation of the islands has coincided with devastating famine and drought hitting the kingdoms to varying degrees, so you’re also on a quest to find a way to reverse these plagues.

And since prosperity can be gained through attacking other leaders during explorations, you’ll need to be thinking about battle defense and offense.  My kids are teens, so they handled the attacks pretty well, but your mileage may vary with your youngsters, depending on their age and temperament.

The underlying mechanics of the game are pretty simple: 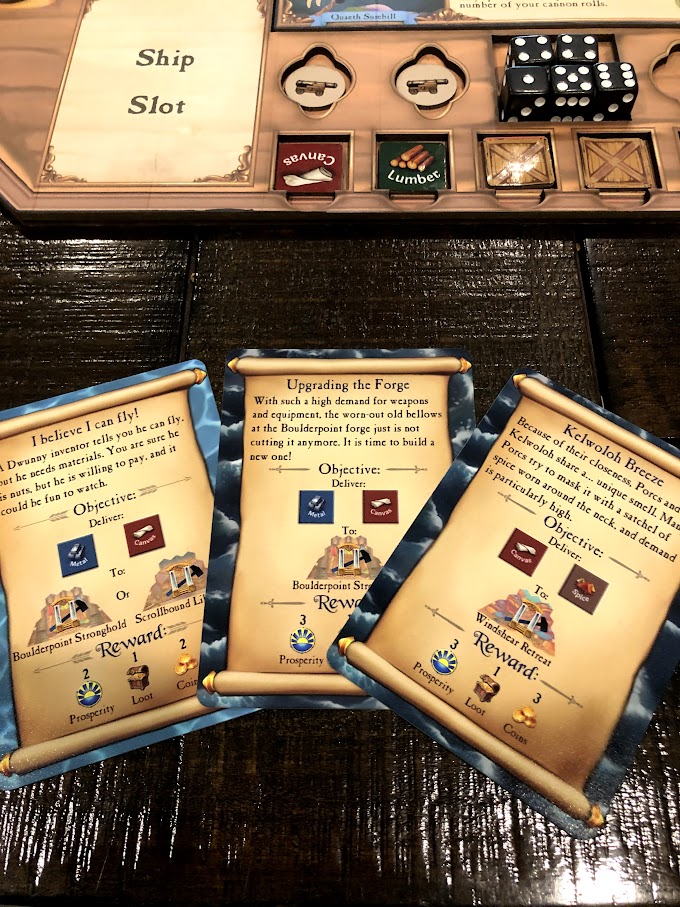 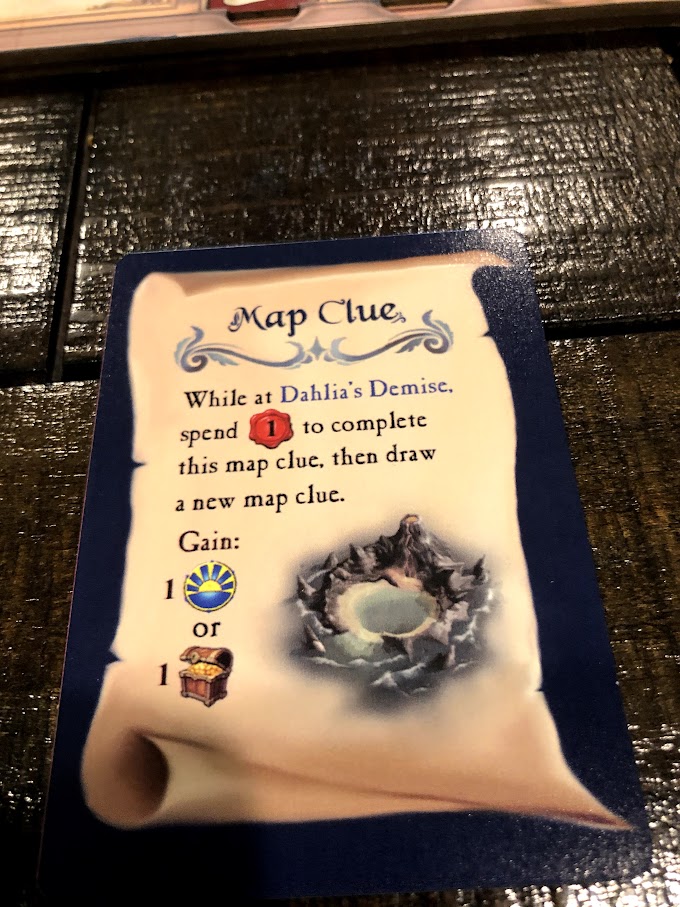 Players can do three actions on a turn, choosing freely between move, gather resources, and attack. 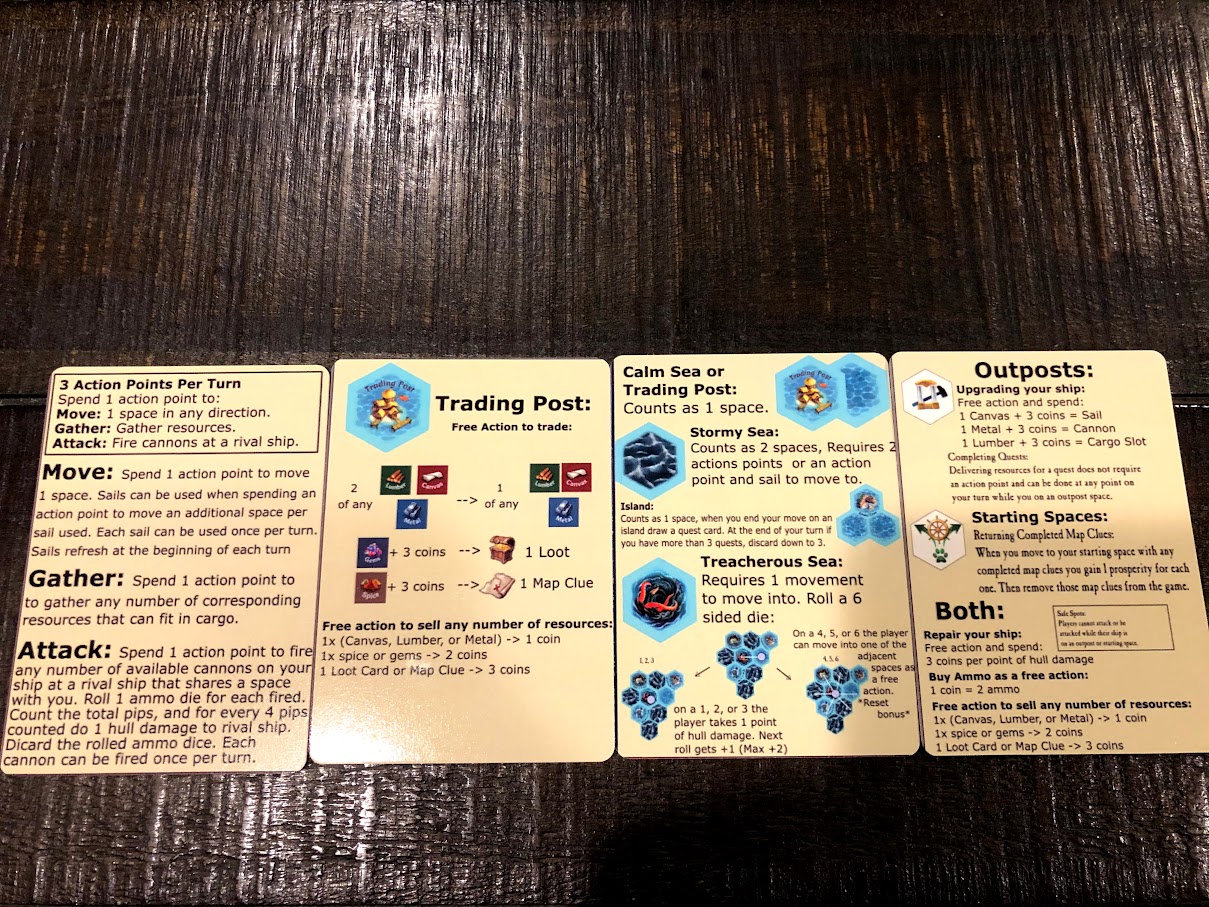 All of the how-to and particulars governing these actions are detailed in the rulebook (and in video play-throughs online). Variability in movement rules, attack/defense power, and resource storage capacity is dictated for each player by the leader card they’ve chosen at the beginning of the game (each one comes with special powers and differing stats) and the upgrades performed on their ship. 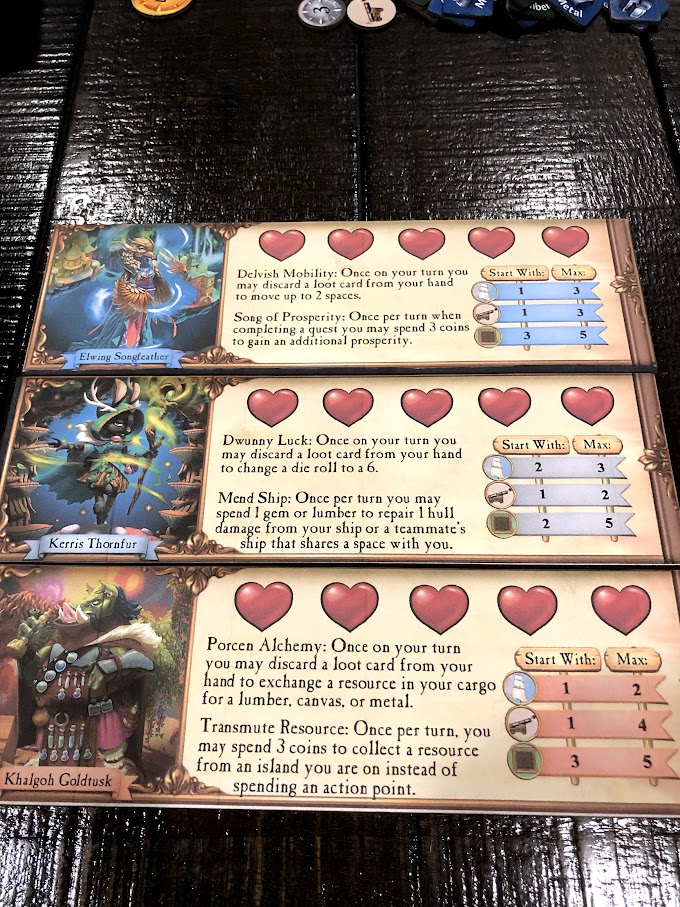 I did find a few issues with the mechanics for the Geller team to address before the final version is distributed:

Outside of these issues, I recommend Quests & Cannons as a family game for gateway gamers (i.e. new to the hobby) or those who gravitate toward light strategy games. It’s kid-friendly and there isn’t any analysis paralysis inherent in the game.  It plays in under 90 minutes, gives kids exposure to different play modes within the same game, tackles conflict resolution, and comes with a variety of board layouts to keep things interesting over multiple plays. Note that this is not a game I’d recommend for players who prefer deeper strategy. Highly experienced gamers drawn to seafaring themes and beautiful artwork can find similar mechanisms with a bit more depth and complexity in other games such as Islebound (designed by Ryan Laukat from Red Raven Games).

Publisher: Short Hop Games
Players: 1-6 (We played with 4 and 5)
Actual Playing Time (vs the guideline on the box): about 90 minutes per game
Game type: pick-up and deliver,hand management, action points, kid-friendly, solo

Rating for Advanced Board Gamers: