Board Game Review: City of Gears

We added City of Gears from Grey Fox Games to our collection late in 2018, shortly after it was shipped to Kickstarter backers. We have other games that we love in our collection from this publisher and we thought we’d take a chance on City of Gears as it came highly recommended by some of the biggest influencers in the community, including the Dice Tower.

City of Gears carries a steampunk theme wherein we are factory owners who control a legion of automaton workers that we dispatch into an abandoned city to explore and bring back to life. Featuring a pleasing muted color palette, the game’s artwork reinforces the theme perfectly. It’s a mashup of ancient looking gears, clocks, and architecture, with futuristic little robots. Artists credited include Anthony Cournoyer, Chris Leder, and Tyler 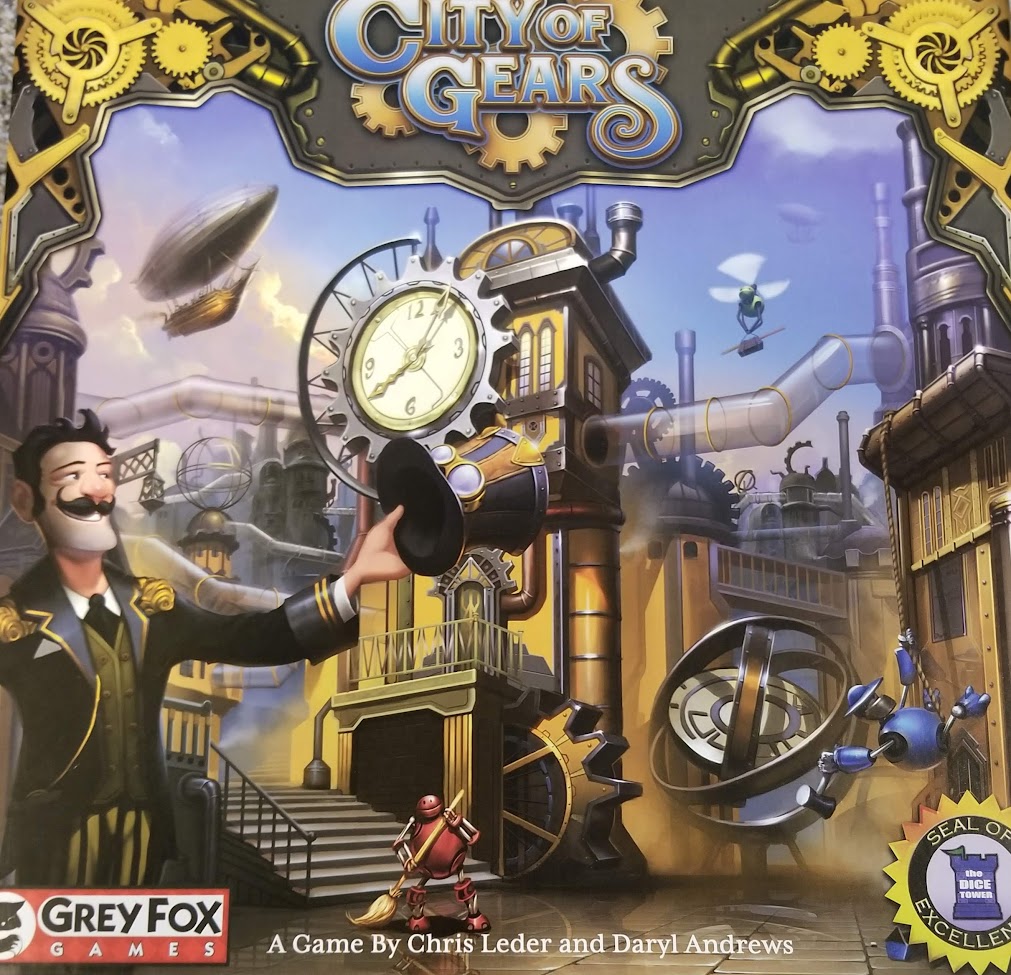 City of Gears is designed by Chris Leder and Daryl Andrews. The gameplay is rather straightforward and easy to learn. Players alternate taking turns and during their turn they complete the following tasks, scoring prestige points along the way as applicable:

[2] Activate city tiles they have a worker on (optional).

[3] Perform actions using their resources, selecting from the following:

(a) move and/or explore;

(b) draw gears from the gear bag and place them in the player’s factory as a development or on the board to connect 2 city tiles;

(c) spend zap tokens to remove other players’ workers or links from a city;

[4] Store extra resources not consumed during the turn in the player’s factory for future use.

The game is not subject to much analysis paralysis and we found the turns progressing quickly with only minimal pauses for evaluating decisions. After all the city tiles have been discovered, four white “Opening Day” gears are added to the gear bag. Gameplay ends immediately when the third of these gears is drawn from the gear bag and the player with the most prestige points wins the game. 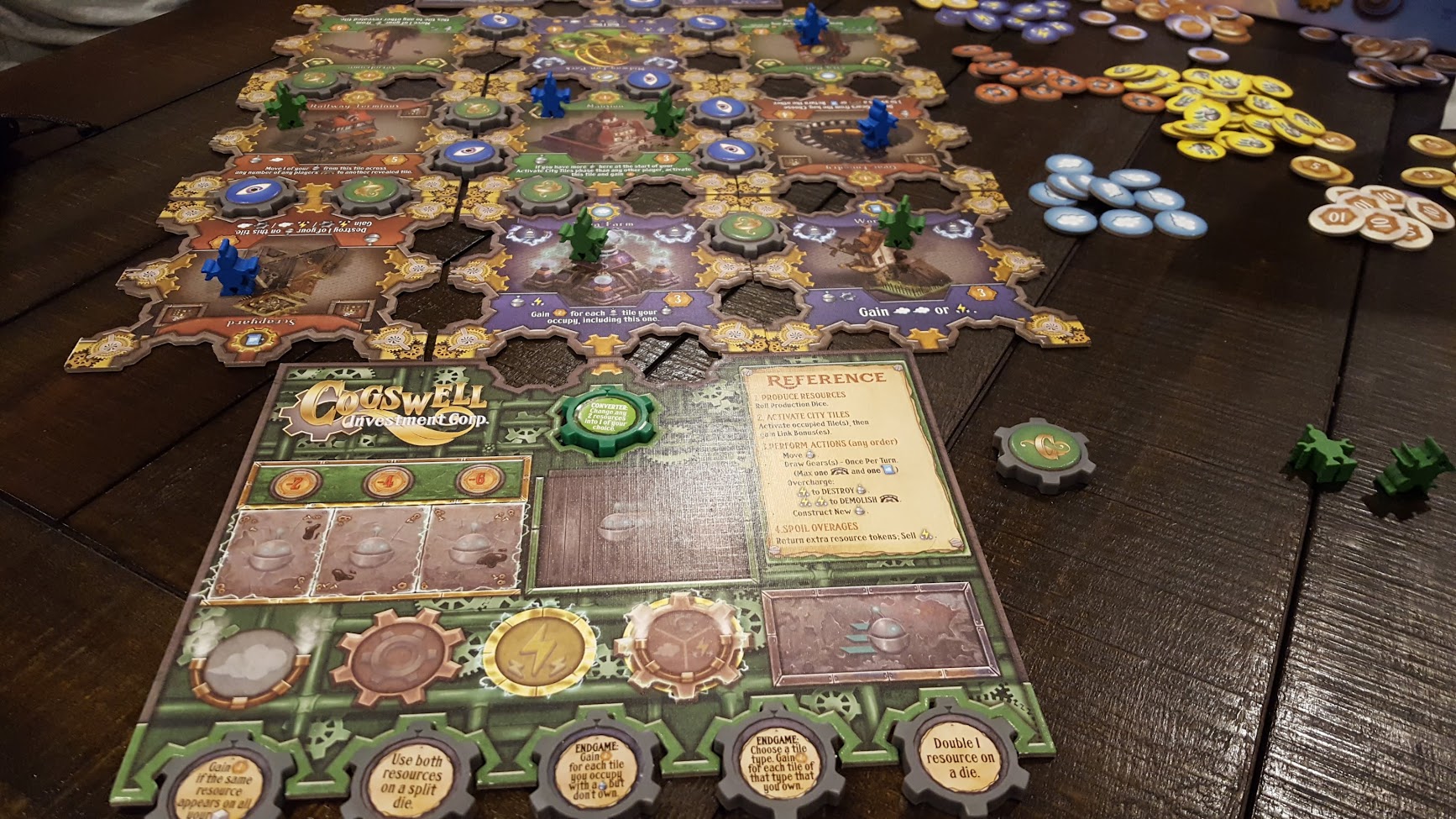 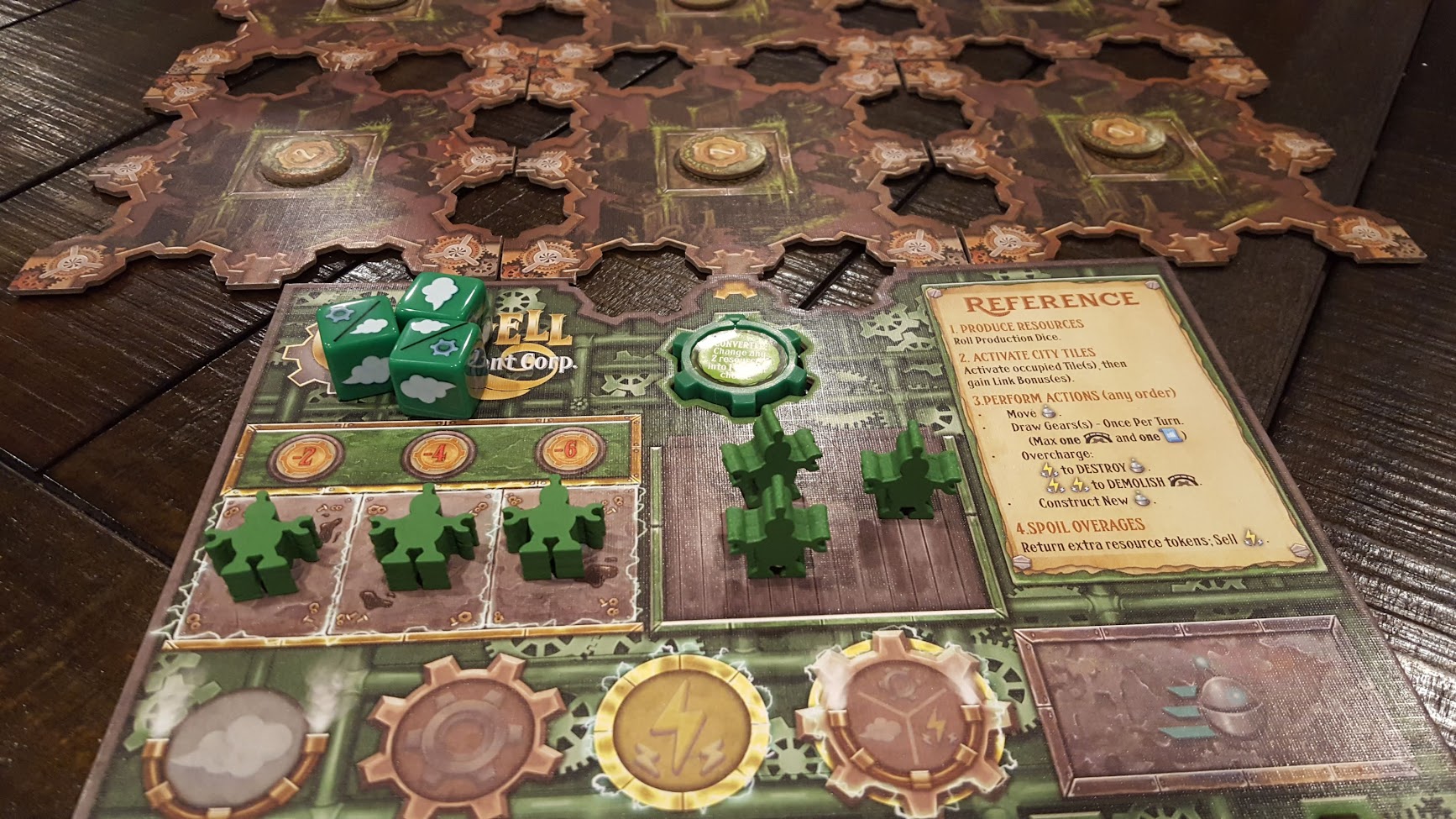 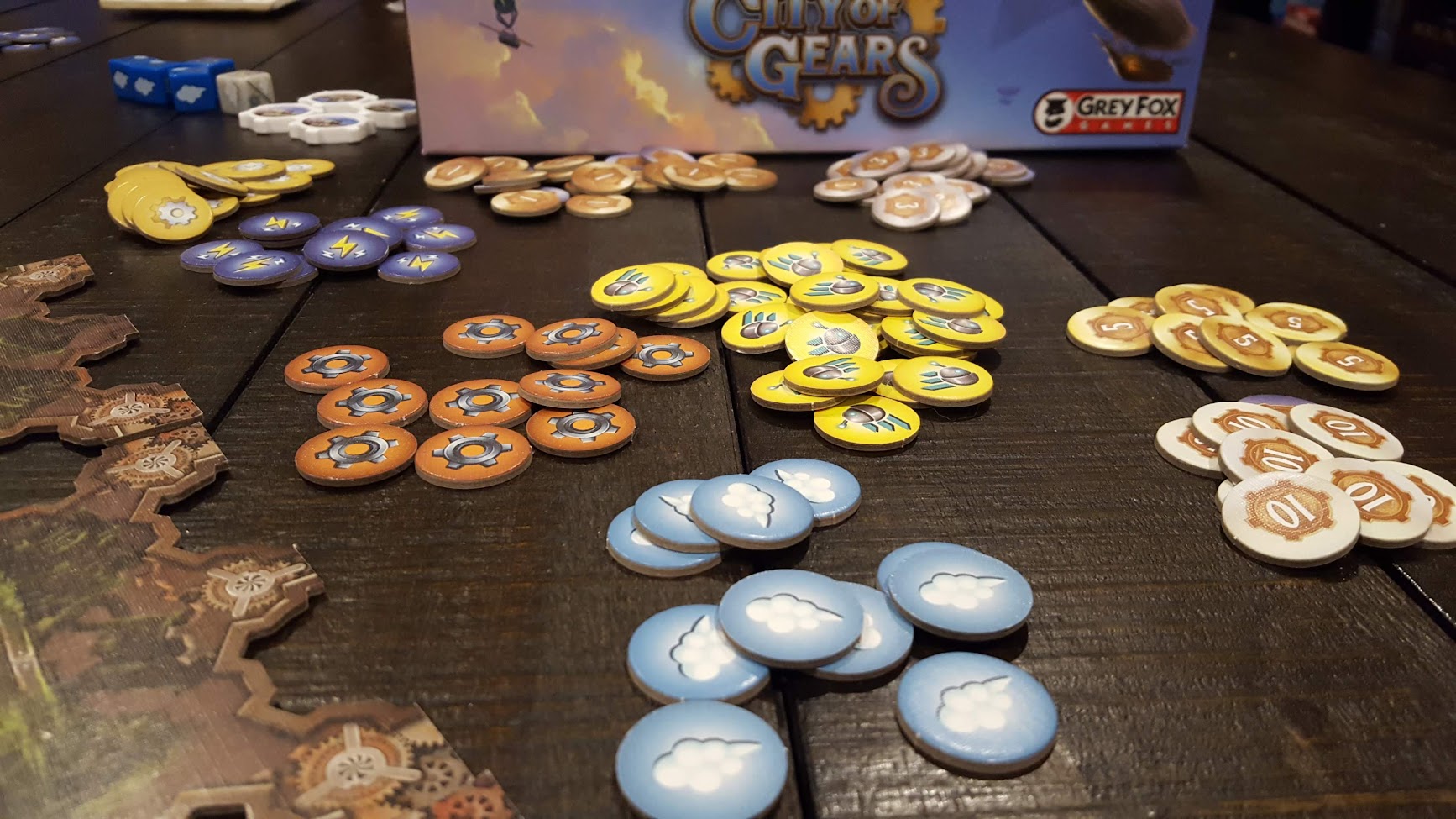 It took me a little while to make the connection that the acronym for City of Gears is COG (and cogs, of course, are the teeth on gears). Clever wordplay!

Above all else, City of Gears is fun. It’s not a heavy brain busting nobody-talk-during-my-turn-I-need-to-think game but it’s still meaty enough to be a challenge. Going through the turn sequence feels satisfying. My sole complaint is that I wish the game lasted longer. Just when it feels like my engine is getting started, and I’ve amassed enough control on the board to begin sending my opponents’ workers back to their factories, the game comes to an abrupt end. I’d like to experiment with continuing gameplay for a predetermined amount of time (ideally 30+ minutes) after the game officially ends.

There are thousands upon thousands of worker placement games listed on BGG, but only 13 of them are steampunk themed. City of Gears is a great way to bring a little of that steampunk flair into your collection.