Continuing my project to journal all of my travel adventures, we come to an entertaining entry: The Big Island of Hawaii and the Great Luggage Chase of 2013.

The trip was well planned but poorly executed due to weather mishaps. I was supposed to fly DCA-JFK-LAX-KOA but snow dropped visibility to near zero at JFK so my plane was rerouted to Providence, RI after we took off from DCA. After several hours Delta put everyone back on a plane to JFK and rescheduled the connecting flights outbound from there. There was no way I was going to make it out to LAX in time to catch the Delta flight to Hawaii,  but as I was still a shiny Diamond Medallion back then and mattered to the airline, Delta put me on an AA flights to ensure I would get to Hawaii one way or another. The AA flight routed through PDX (Portland) and because of more weather problems our flight into Portland was delayed and I missed my Hawaii flight after all. Now I was stranded in Portland overnight, while my luggage (including my coat) was in LAX (it had remained on my original itinerary). 44 degrees Fahrenheit and I was dressed in anticipation of Hawaii with my sleeveless summer dress and flip-flops. Gah! Are you laughing yet?

Delta put me up in a hotel for the evening and in the next morning I was back at the airport in my dirty clothes, tired, cranky, and eager to get to Hawaii. Let this vacation start already! I landed on Kona Island (also called Hawaii Island or the Big Island) and was immediately dismayed to find my luggage wasn’t due to arrive until that evening (having missed the evening flight the night before, they put it on the next evening flight available 24 hours later). This was a problem as I was going to be on the road for most of the trip, exploring. I left information with Delta on my whereabouts for that evening and hoped for the best. I hopped into my rental car and headed for Volcano National Park. Along the way, the scenery was gorgeous and for a good portion of the trip my car was the only one on the highways I traveled. 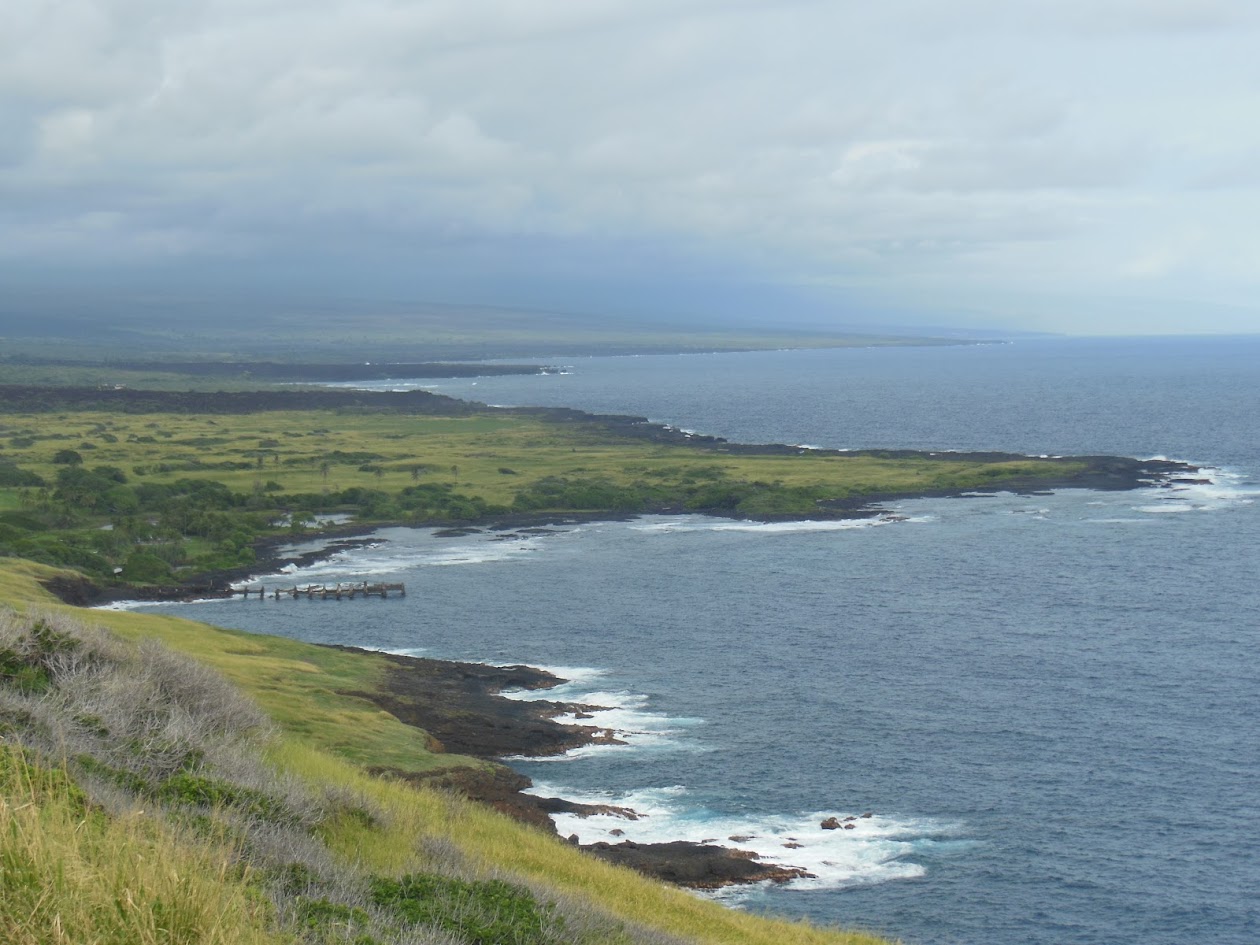 I journeyed to the end of the Chain of Craters Road, which follows along the ocean and dead ends at a lava flow that closed the road beyond. 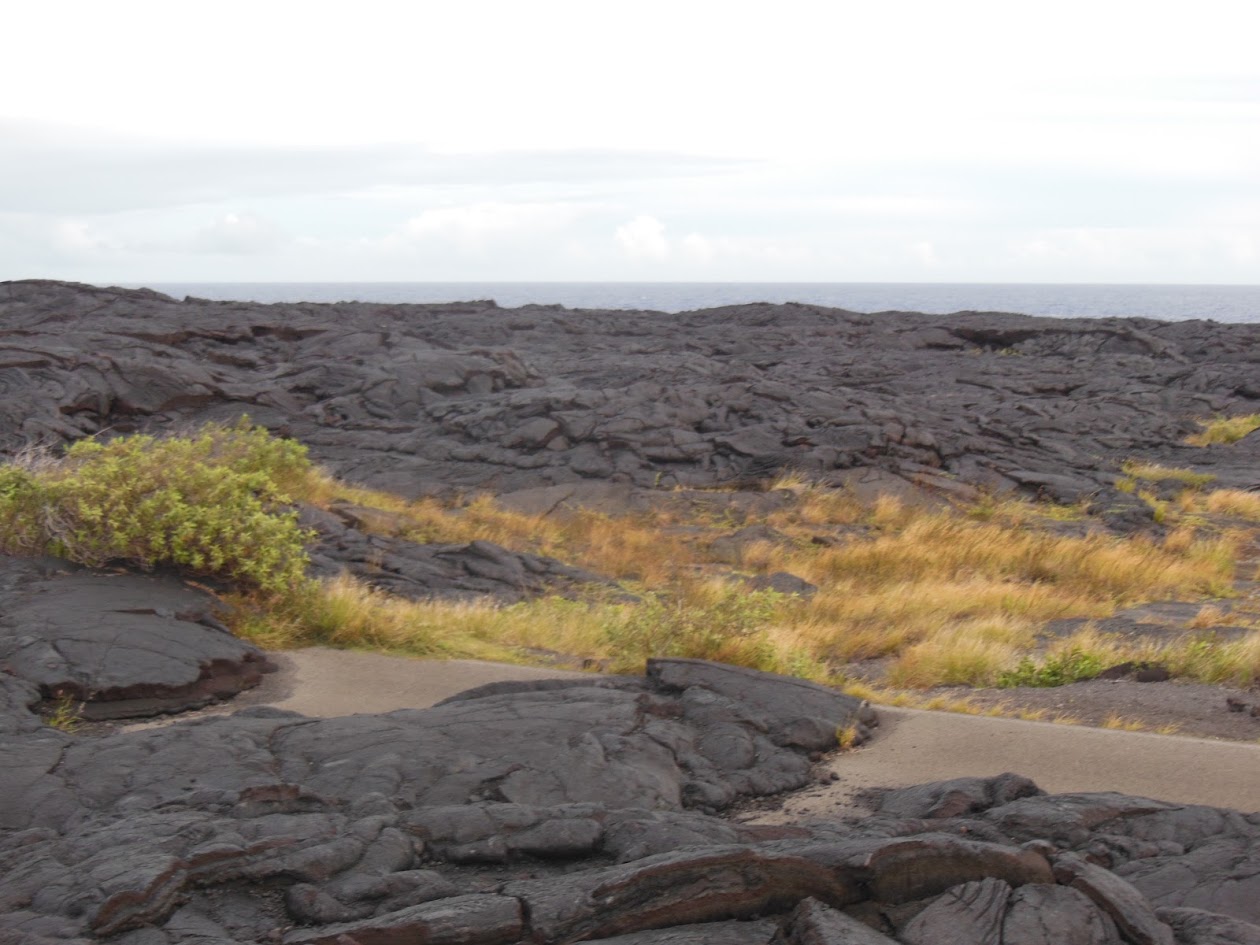 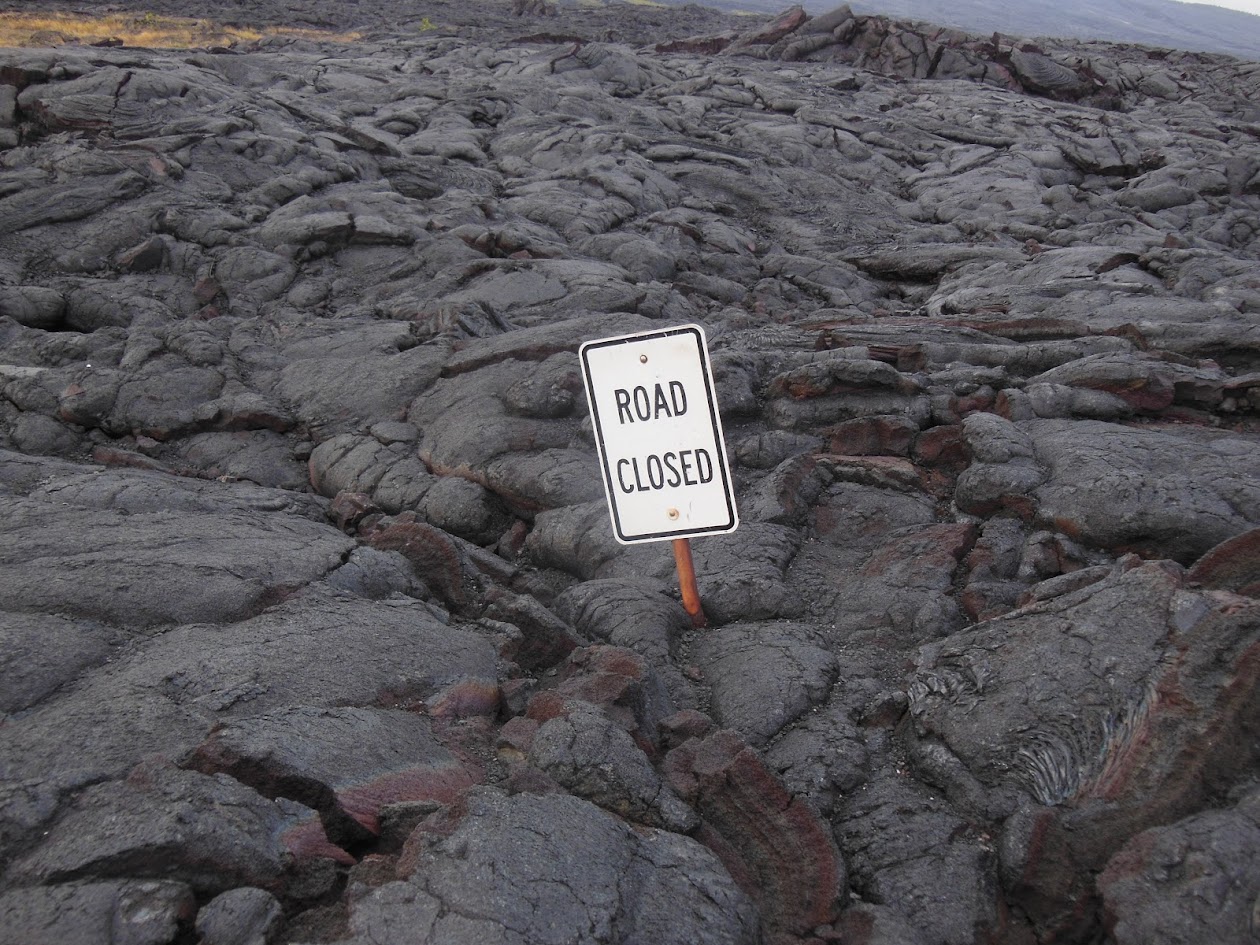 As I approached Volcano National Park, the sun began to set. 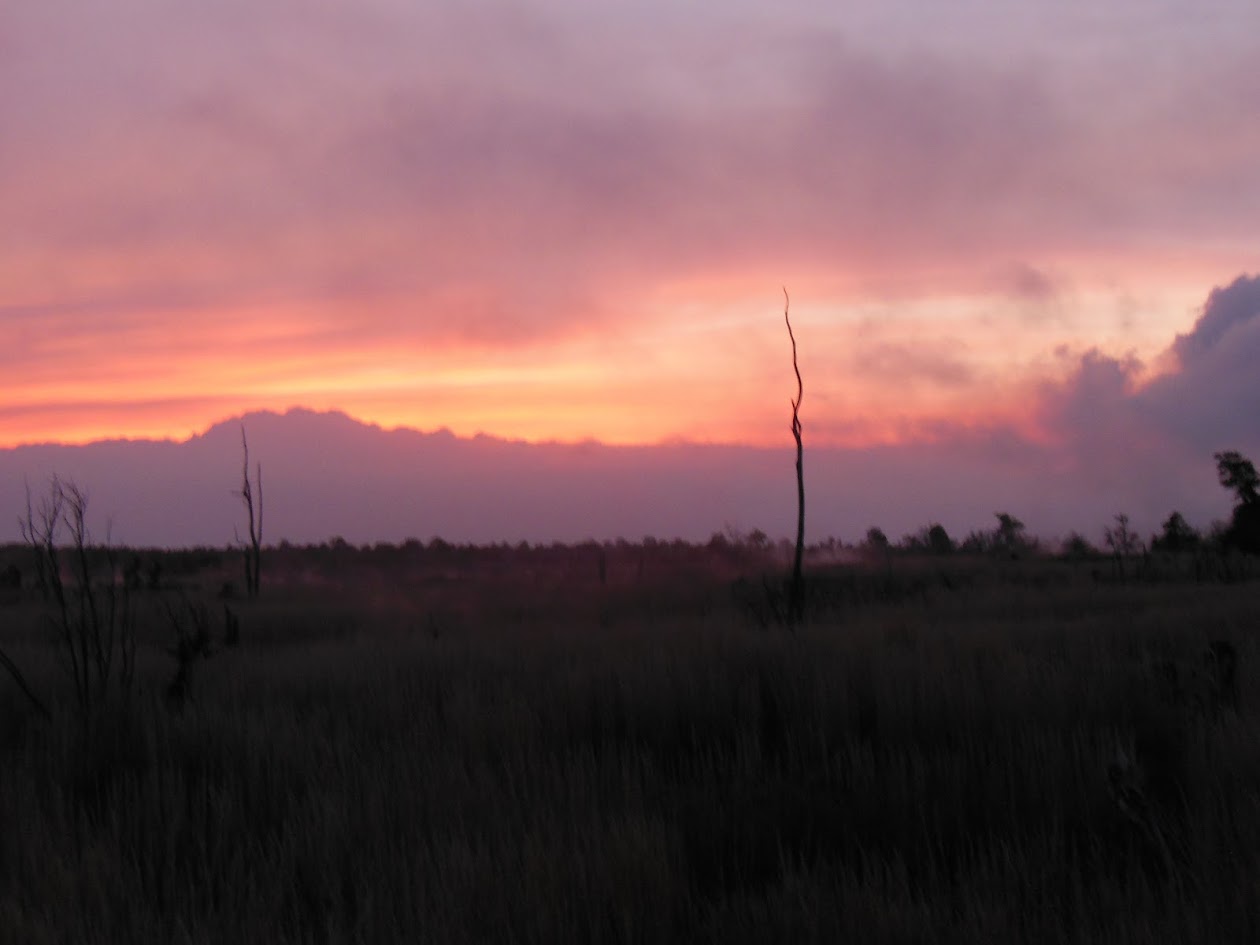 There was a beautiful lava lake in the Halema’uma’u crater (the 2019 eruption of Mt. Kilauea drained it) and I was lucky enough to stand before it that evening and enjoy its stunning ebb and flow. My poor quality cell phone picture cannot capture its essence. 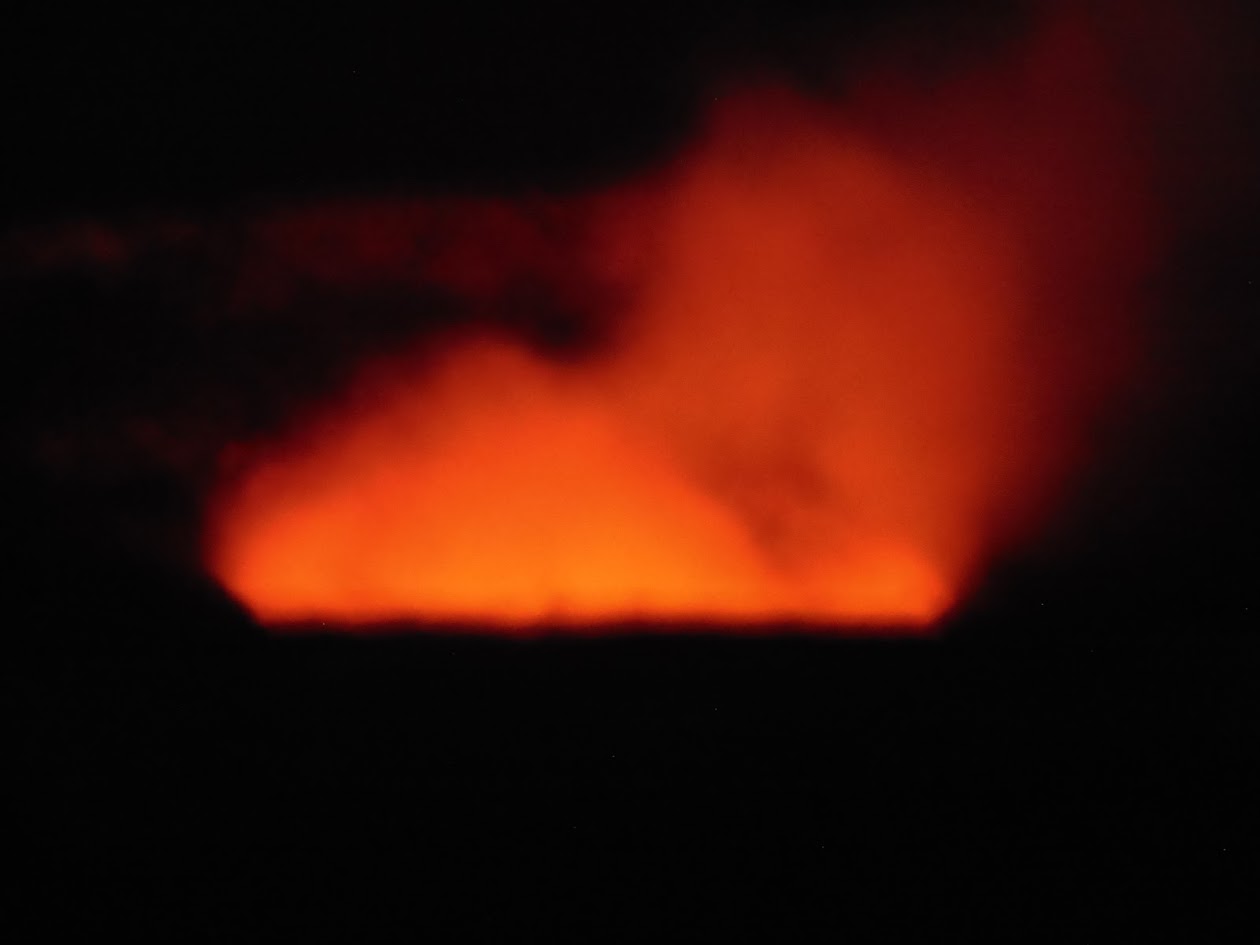 I had an intense dinner at Thai Thai in Volcano. It was the hottest Thai food I have ever had outside of Bankok and it brought on an instant headache and the feeling that my lips were on fire. I recommend the place only if you can stand the heat.

The next morning I was up at 4am with plans to visit the highest point on the island and the summit of the tallest mountain in the world – Mauna Kea. From its base, Mauna Kea is over 10,000 meters tall (Mt. Everest is just 8,850 for comparison). It was a cold journey as my luggage still had not arrived into Hawaii (Delta was frantically searching for my bags and could not locate them in the system at all) and so I had only my summer dress I wore on the flight to Hawaii and the t-shirt/shorts combo I purchased the day before. The view from the top proved more than worth the discomfort of the cold. 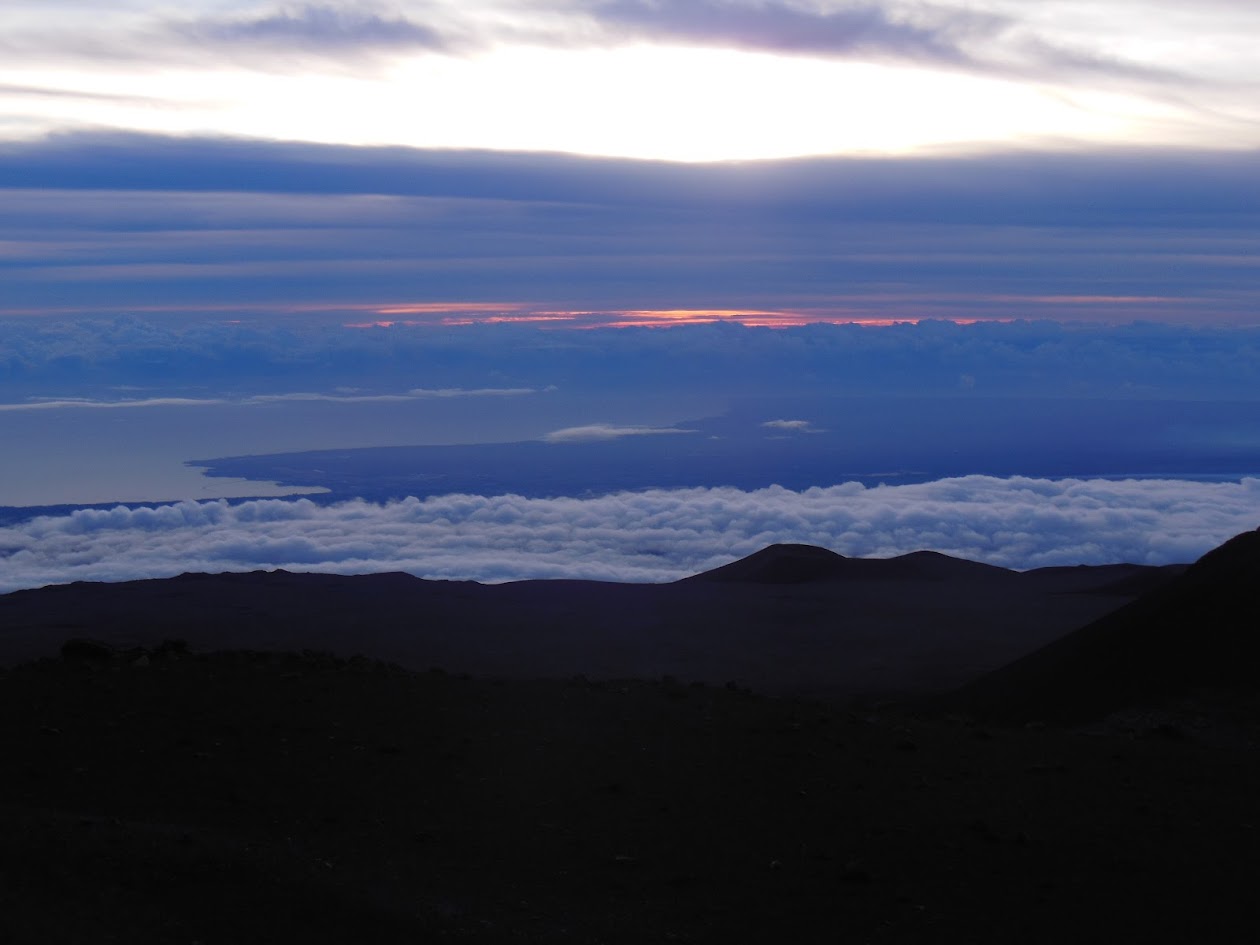 As I was descending from the summit, Delta called with some good news. They found my bags at KOA. They said they would hold them for me till later that evening when I arrived for my flight to HNL. And they gave me a $200 delta voucher for my trouble. That made me feel a little bit better, but it reinforced the universal travel truth: checking luggage for a weekend trip is almost always a bad idea.

It was a leisurely drive back to KOA, with more scenic shots along the way. 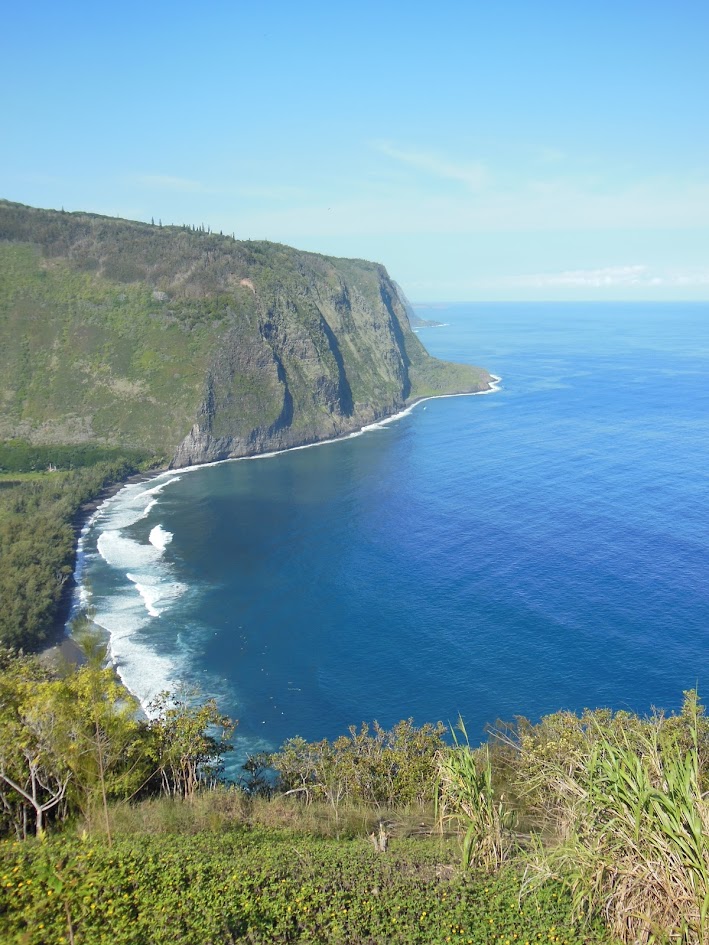 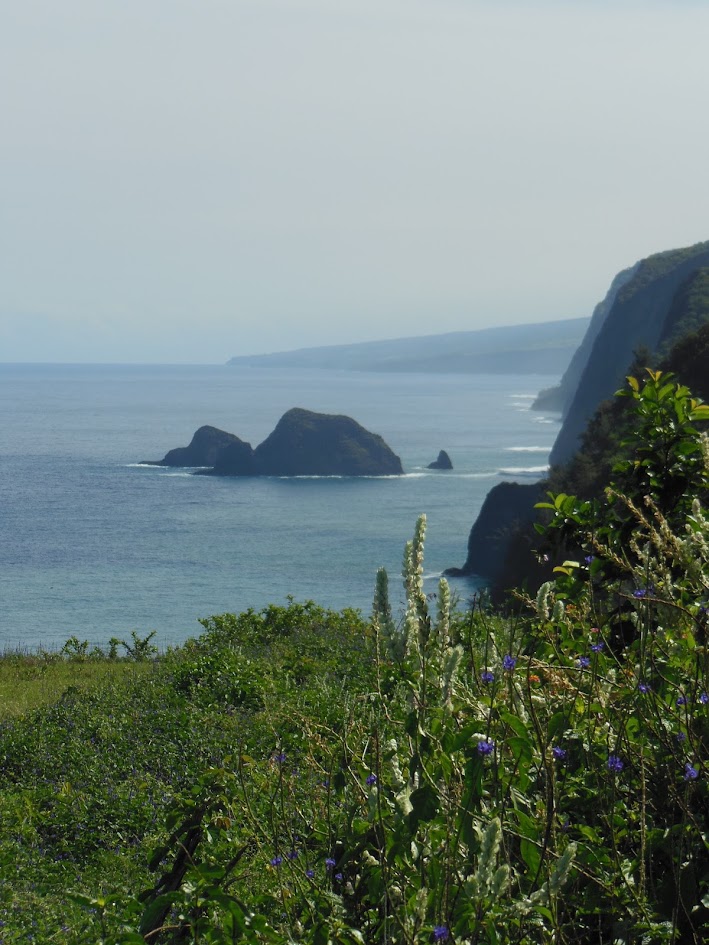 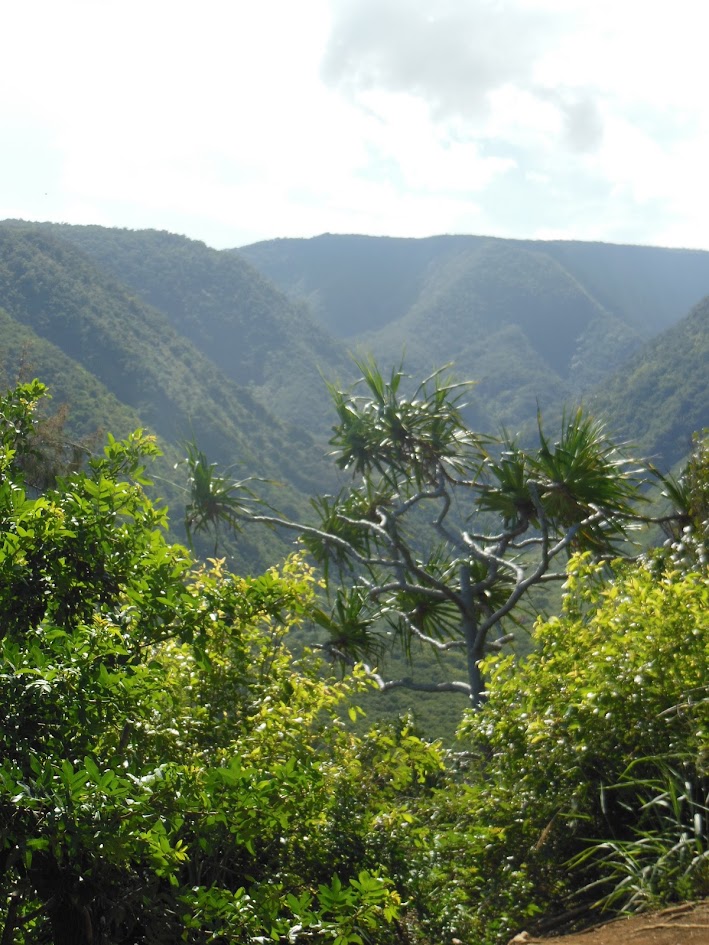 When I got to KOA airport, Delta had some fun news for me. My bags weren’t at the airport anymore where they were supposed to be. As a “courtesy”, Alaska had picked them up from Delta baggage and sent a courier across the island to the hotel I stayed at the night before (2.5 hours away) to hand deliver them to me. With just a few hours before my departing flight for HNL, I told Delta they needed to get ahold of the driver and advise him to race his ass back to this side of the island to the airport. I was doubtful I would ever see my luggage again, but thirty minutes before takeoff, a very tired and sweaty courier waved at me and handed me my bags. As soon as I got to Waikiki and checked into my hotel, I took a long shower and enjoyed the luxury of putting on clean clothes- a ritual I usually take for granted.

I enjoyed a couple of relaxing days taking in the sun and fruity cocktail drinks on the beaches of Waikiki before heading home to Virginia.  That trip was delayed too, because of storms in Virginia, and I ended up spending the night near LAX and coming home a day later. All in all a good trip, excluding the weather and luggage fiascos. I have since been back to the Hawaiian Islands two or three times (to Oahu and Maui) but the Big Island is definitely the most spectacular of them all.  Go to Oahu for the history and shopping, go to Maui for the food, but go to the Big Island for the rugged scenery that will take your breath away.