Black Skull Island is a quick playing 2-9 player card game from Strawberry Studio (now under the publisher Board and Dice). 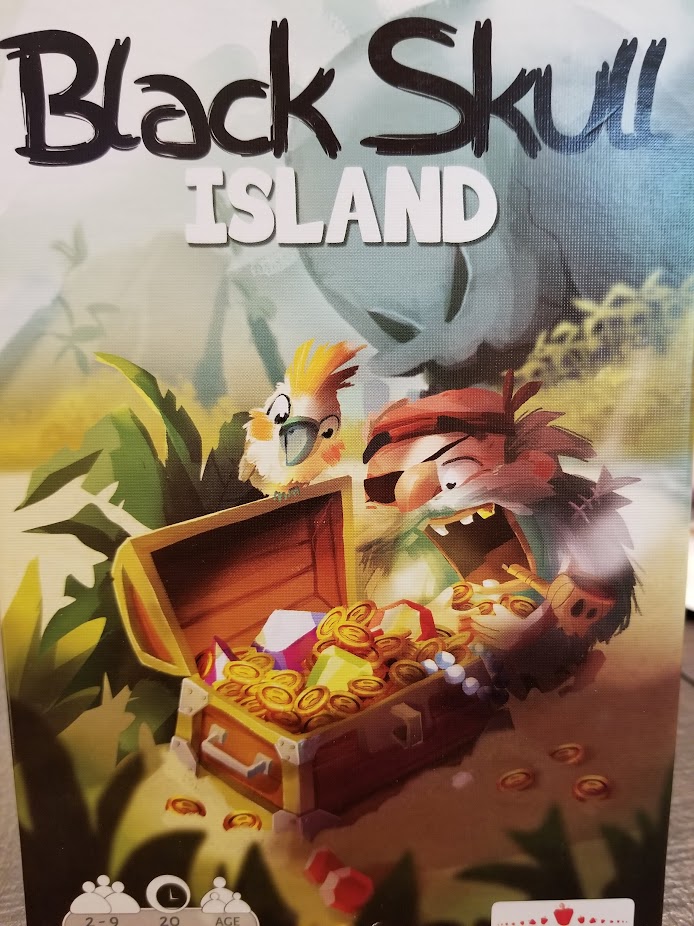 I was sent a review copy of the game and it only seems to make it onto the table when we need a filler game to serve as an appetizer before a meaty Euro. The gameplay is extremely simply: each player gets 2 pirate themed character cards and selects one of them to play during a round, keeping the other one in hand. Every card is numbered from 0 to 15. All players reveal their character cards simultaneously and then the actions on the cards are executed by the players who hold them in sequential order of the the card numbers. Most actions focus either on (1) drawing booty (treasure cards or coin cards), (2) stealing or deactivating other players’ character cards, (3) stealing or swapping booty cards  from/with another player or (4) an order for all players to pass a character card to their left or right. Over successive rounds, booty cards worth 0-4 coins build up in players' hands and as soon as a player acquires their 7th booty card, the game is over. At that point, whichever player has the most coins in their booty collection wins the game. 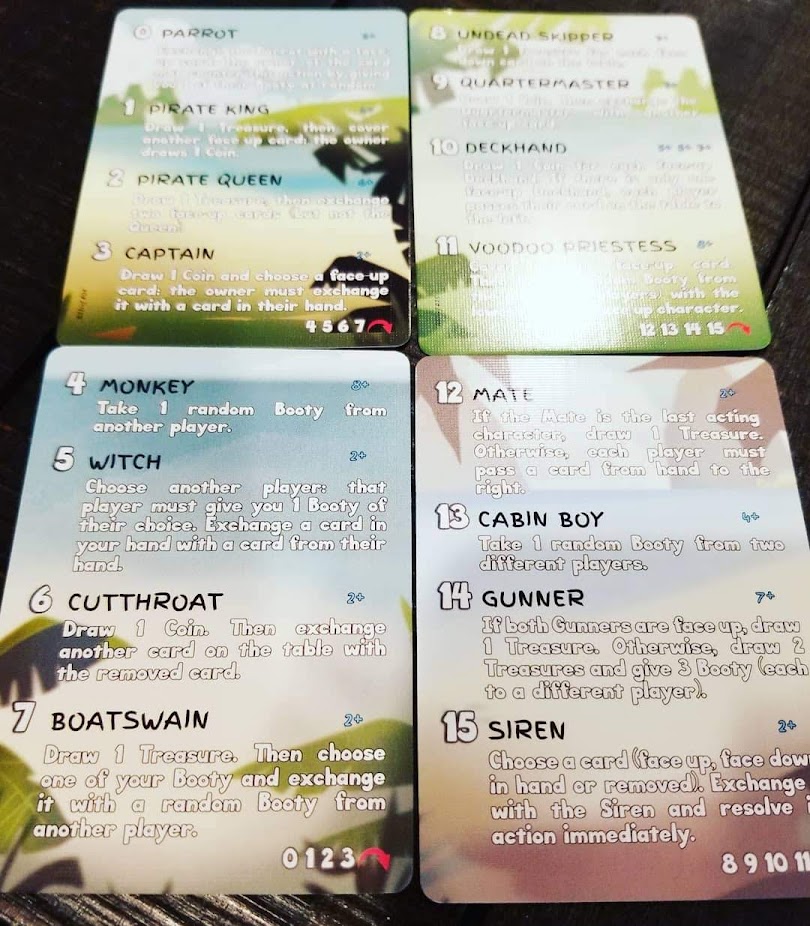 Black Skull Island  is a lot of luck mixed with a little take-that and honestly, it all feels very random by the end, regardless of what cards you’ve played. I couldn't muster up anything but apathy for the outcome as I felt it was completely divorced from my actions.

The components consist of 109 well-constructed cards (no sleeving is necessary as the cards are coated unless you play very frequently), with cutesy artwork that I'd deem adequate but unremarkable. 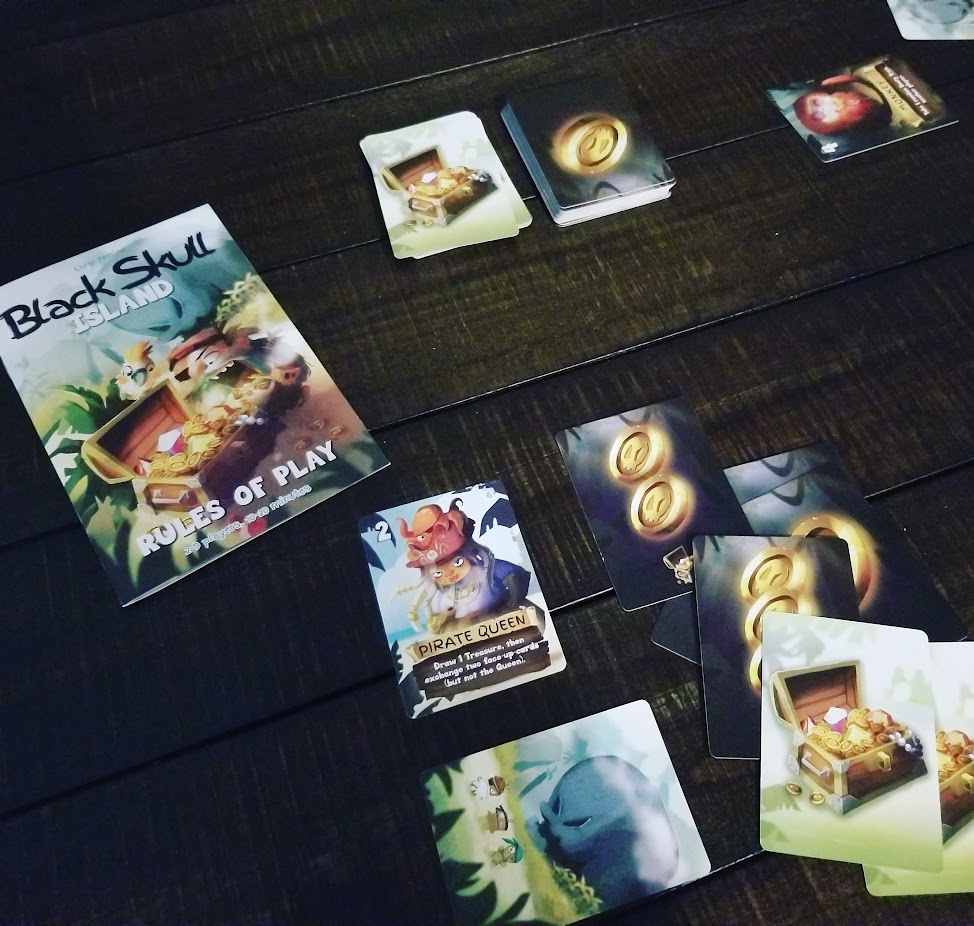 That's really the best way to summarize the entire game - unremarkable. If you're into take-that filler games, there are much more compelling and entertaining options out there and likewise if you love point collection card games, there are many I'd recommend over Black Skull Island. The saving grace for this game is that it's kid friendly, so if you need an easy and accessible game to teach to your little ones and give them something to do with their friends, you could pass this their way. An inexpensive birthday gift for a tween perhaps or the kind of thing you might bring to a secret Santa exchange. Otherwise, meh.