Board Game Review: Fate of the Elder Gods: Beasts From Beyond

A few months ago, I shared my thoughts on Fate of the Elder Gods in a lengthy review. The team at Greater Than Games has released an expansion, Beasts From Beyond, and I picked up a copy at GenCon earlier this year. This expansion adds fifteen new spell cards (2 of which can be used with the base game even if you don’t use any of the other expansion components), four new Elder Gods that cults may serve, and eight monsters who enjoy tampering with the cultists that can be called by the new spells or through Elder God powers.

As with the base game, the artwork featured in the expansion is beyond extraordinary, given the retail price point. The monster minis are rich in detail. The only improvement possible would be for GtG to offer a release with pre-painted minis for those of us with no painting skills. 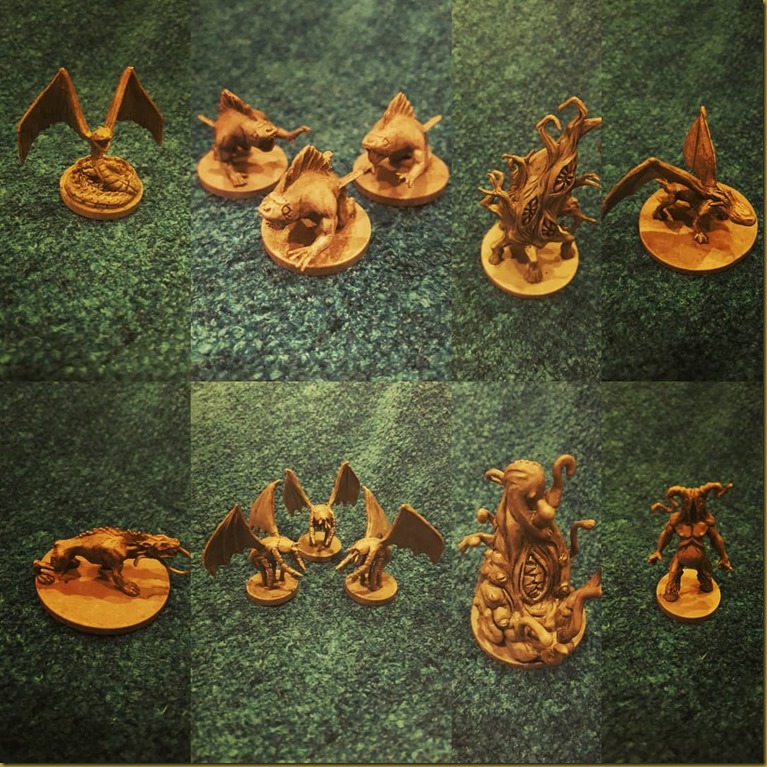 The new figures are not only beautiful but also sturdy. They should endure game after game with little wear or tear. 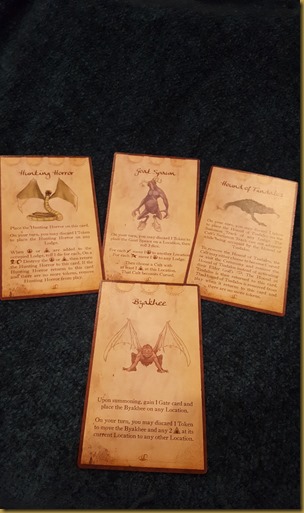 Each new monster provides strategic advantages to the summoning cult such as constraining or hindering other cults, movement of one’s cultists around the main board, or destroying investigators on the board. I made use of the Hound of Tindalos twice to prevent one of my opponents who was well ahead of me on the summon track from edging closer to a win before I could catch up, so I’m going to have to grant it the honorary status of my favorite monster. Byakhee is another favorite. It allows the controlling cult to move cultists two at a time to another location, making it easier for the cult to gain control. It’s especially powerful when paired with the Elder God that offers the ability to roll dice based on the number of cultists in a location and use the results to advance on the summon track. We’ve played two games incorporating the monsters so far and I’ve still got plenty of experimenting to do with the rest of the monsters to learn the best ways to use them.

Beasts From Beyond is a great investment for fans of Fate of the Elder Gods. It offers a challenging new playing experience.

Actual Playing Time (vs the guideline on the box): About 90 minutes 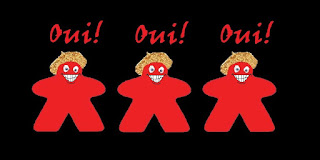