Note: This might be my most overdue review. A few GenCons ago, I crossed paths with the team from Know Chance Games and picked up a copy Stealing Mona Lisa. I brought it home and I’m embarrassed to write it but it got lost in the shuffle of a million new upheavals in my life – a divorce, a remarriage and instant stepmotherhood to three kids, and a cross country move. But this is my year of playing all the games. 800+ games in our library now and we are slowly making our way through all of them, old and new alike. We’re doing a quick brown fox challenge to play every game in our collection, letter by letter, going in the order of the famous pangram “A quick brown fox jumps over the lazy dog”. In addition, we play games sent to us by publishers for review as soon as we are able – usually within a week of receiving them. Within this flurry of activity, I thought it best to finally address Stealing Mona Lisa. 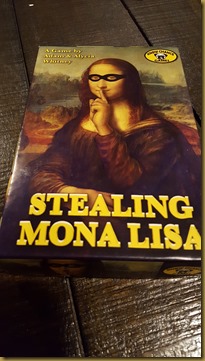 Stealing Mona Lisa is a quick to play and easy to learn card game for three to seven players. The object of the game is to amass the most valuable collection of paintings through purchase and bluffing. Each round, all players are dealt 5 thievery skill cards (with numerical values printed on each) and they draft one and pass the rest of the cards to their right. The process repeats until all players have drafted 5 cards. The play begins with a number of art cards representing famous paintings laid out in the center of the table (one less card than the number of players). All players bid to “steal” one of the paintings using the thievery skill cards in their hand. I won’t get into every nuance of play (there’s a rule book for that) but there are a few interesting twists on bidding. Overall though, after playing a few games of Stealing Mona Lisa I have to admit the game is lacking…something. It’s not completely serene and calming as some games are (Mystery Rummy I’m looking at you). It’s not thinky and clever as some games are (Hello Red 7). It’s just sort of dull. The artwork is below average (other than the actual reproductions of the famous paintings which are lovely but hardly attributable to the game designers), the components are common quality cards, and the rule sheets could use a sharp editor to reorder some of the directions for clarity. 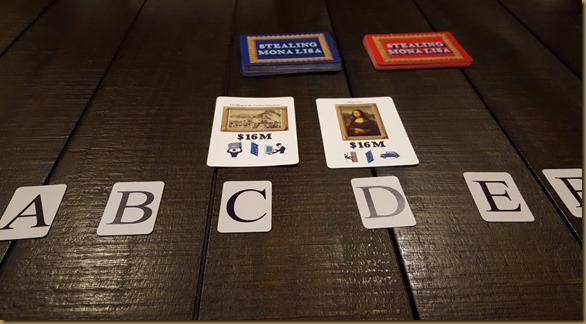 Publisher: Know Chance Games
Players: 3-7 (We played with 3)
Actual Playing Time (vs the guideline on the box): About 25 minutes
Game type: card game 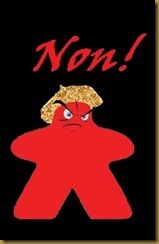